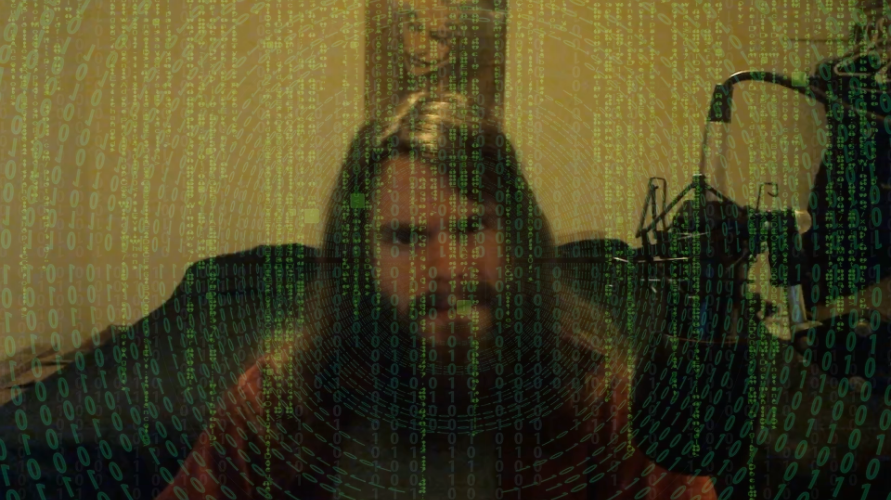 So I’ve been dealing with bullshit lately, and one of the bits of BS I’ve been dealing with lately, I abruptly decided last night would make a good video topic. That is, doxing. What is it, how does it work, and are you guilty of it? Now before i get into it, I’m not a fucking lawyer – obviously, look at my room… no shiny paper in sight. I’m not a replacement for legal counsel, which you should get if you’re really concerned about the legality of your actions, and if you just take my advice and it ends up fucking you, that’s on you. I disclaim responsibility. That said, I’ve actively helped a lot of people out of legal trouble in the past. I’ve done it by researching law, case law, and possible interpretations of shit and coming to a conclusion that was pretty much ironclad. If I’m ever in legal hot water, because I’m not wealthy by any means, I want to be able to adequately represent myself, because fuck knows a public defender’s just gonna hole me. So I learn about shit like this prior to engaging in acts which may land me in heated currents. I look up actual law and legal advise from real lawyers, and I try my damnedest not to talk out of my ass. And that’s precisely why I know it was bullshit when I was recently accused of doxing. So Without further ado, let’s get into the ways to determine what is and isn’t doxing.

1) Has the person already released the information publicly in connection with their identity?

If so, congratulations! You’re not doxing. If that were actually “doxing”, every single person would be doxing everyone else at all times any communication took place. That would not only be functionally retarded, but it would take the meaning out of the word. If doxing means anything, it can’t be the normal stuff people do all the time. It has to be a specific, contextually supported act.

Let’s say, for instance, that I do a fanmail series, and release a post office or private mailbox address to send things to. If someone tweeted that address, or otherwise publicly released it to a wider group, it would not be doxing, because I already gave the address out, publicly associated with my online identity. Similarly, any info I give associated with my online ID is also fair game. I don’t get to accuse someone of doxing because they called me “Jeremiah” or “Jeremy”, for instance, because I’ve gone by both online. Not crazy about “Jerry” either, but my annoyance doesn’t make an act illegal. And that’s a key point. If you intentionally released your info to the public, associated with your online identity, but are upset by how someone used that info, it doesn’t become doxing at that point. Your feelings don’t dictate law. Thank fucking God. So what *IS* doxing?

Part of the problem with answering that is that doxing is a slang term, and isn’t actually codified into law. It doesn’t actually have a meaning in most places, and as such, we rely on other existing laws to determine the status of an individual as “doxed” or “not doxed”. Brickfield and Donahue, a lawfirm based out of New Jersey, provides the following definition.

“First, if the information was obtained through illegal methods, such as hacking, the publication of this information becomes illegal.

Second, if the information is posted with the intent of harassing the victim, intimidating them, invading their privacy, or having them assaulted, or inspiring or instructing someone else reading the information to do any of these things, the publication of the information is against the law. It is possible for doxxing in this way to be prosecuted as assault, as the intent was to intimidate someone or threaten them with violent conduct. The laws will more than likely change in the near future as this trend becomes even more worryingly common, but even until then the consequences for a full conviction can be severe.”

This reifies my first point. As long as you got the info by their choice to release it, it’s not doxing. Similarly, it’s not doxing to get publicly available info on someone, as long as the way you got it was not illegal. So no blackhatting and breaking into servers, or breaking into someone’s home or other act of trespassing to get it, or coercing someone to give you the info. Long as you’re not doing something illegal, you keep within the realm of not-doxing. So research the fuck out of the law, and again, if you’re really concerned, get legal counsel. Can’t stress that enough.

So the second point is also there though. It could be considered doxing if you did a ton of public-info digging (or OSINT, as we call t in ‘the biz’) and then released that info with explicit instructions to harass, intimidate, invade privacy, or have them assaulted. That would require digging below the surface though. I couldn’t accuse people of “doxing” for calling me by my firstand last names, for instance, because I put them out there. I made that choice, and even if someone harms me because they kn ow my name, I can’t then claim anyone who’s used it in the past “doxed” me. I’m the one who made the arguably stupid decision to put my name and face out there associated with my extremist bullshit. Had to move two states away because my hometown’s rentals weren’t happy with anarchy, my not being military, and my being cishet. I know it’s not easy to have your name and face on stuff, so a good rule of thumb?

If you don’t want infor out there, don’t put it out there. You’re the best keeper of your own secrets. So that’s point two.

2) Has the person withheld the info from the public, so as you’re the first one to both know and release it?

You probably doxed them. Be prepared for a social media shitstorm at least, and legal problems at most. Especially if you doxed them with instructions as to what to do with that info. If illegal activity is incited by your dox, you could be held liable. It’s appropriate to note here, though, that this only applies to the situation of doxing. If you aren’t doxing someone, and a third party uses the very public information you simply repeated to do something illegal, they’re solely responsible in a legal sense.

A grey area in this is journalism. For instance, when Wikileaks publishes documents previously private, they’re technically doxing. But when a third party news outlet like CNN or Fox broadcasts what they found, they’re not effectively “doxing by proxy”. Once the info is a matter of public record, it’s not doxing. At least not by current legal structures, according to my limited research. And again. Don’t listen to me. I’m not a lawyer. Get one if you’re really concerned. But I can’t find it nearly anywhere that this is different, and if it were, all major journalism outlets would be shut down already, or Cease and Desisted into oblivion.

One notable exception is Kentucky. Home to Nick Sandmann, the minor everyone wanted to dox for having the audacity to smile at someone who walked up to him and drummed in his face, a bill passed their senate to make “using online communications to release identifying info of a minor with the intention of intimidating, abusing, threatening, harassing or frightening” a crime. Notably, however, this only applies to minors. And only in KY. So again, check your local laws before you do anything you think would be illegal. Or don’t. Your choice, not mine. Can’t say I didn’t warn you though. But as far as I’m aware, this is the only doxing law that even exists in the US.

So that’s basically it. If they publicly release the info in question, it’s not doxing. If you get the info from a very pubic source, it’s not doxing. It’s only doxing if you find and release info they’ve kept intentionally private, and even then, it’s only illegal if you’re the first one to make it widely known, or if you do it with the explicit intent of getting them harassed, threatened, intimidated, or the like. Y’know… incitement of illegal activity. Which has nearly literally always been illegal. Almost like we didn’t need a new term for this at all, and it’s just a way for boomers and eCelebs to feel important about working on the internet.

Anyway, I hope this has been accurate, informative, and edifying. I know I’ll be pointing people to this video often when some dumbfuck decides to drool out the idea that saying something they publicly said, or being a journalist in general, is illegal. It isn’t. It’s not even immoral. If you want your info kept a secret, keep it a secret. Don’t participate in the information economy and then get sideways when your stonks crash. This is real time – time to get real. If your entire response to unfavorable situations is to invent nonexistent legal standards to hide behind, you’re nothing but a coward and a fraud, and you have nobody to blame but yourself for the results. And if you lie about someone having broke the law, and it results in that person enduring illegal activity themselves, congrats. You’re now guilty of libel, and/or slander and might be liable for damages yourself. So maybe before accusing someone of breaking some obscure or possibly nonexistent law, you should consult a lawyer, too. I mean… I’m anarchist. I’m probably not much of a legal threat to you. But if you piss of the wrong person, and they’re less philosophically invested than me? You might have a nasty whirlwind to reap.

Can’t say I didn’t warn ya.