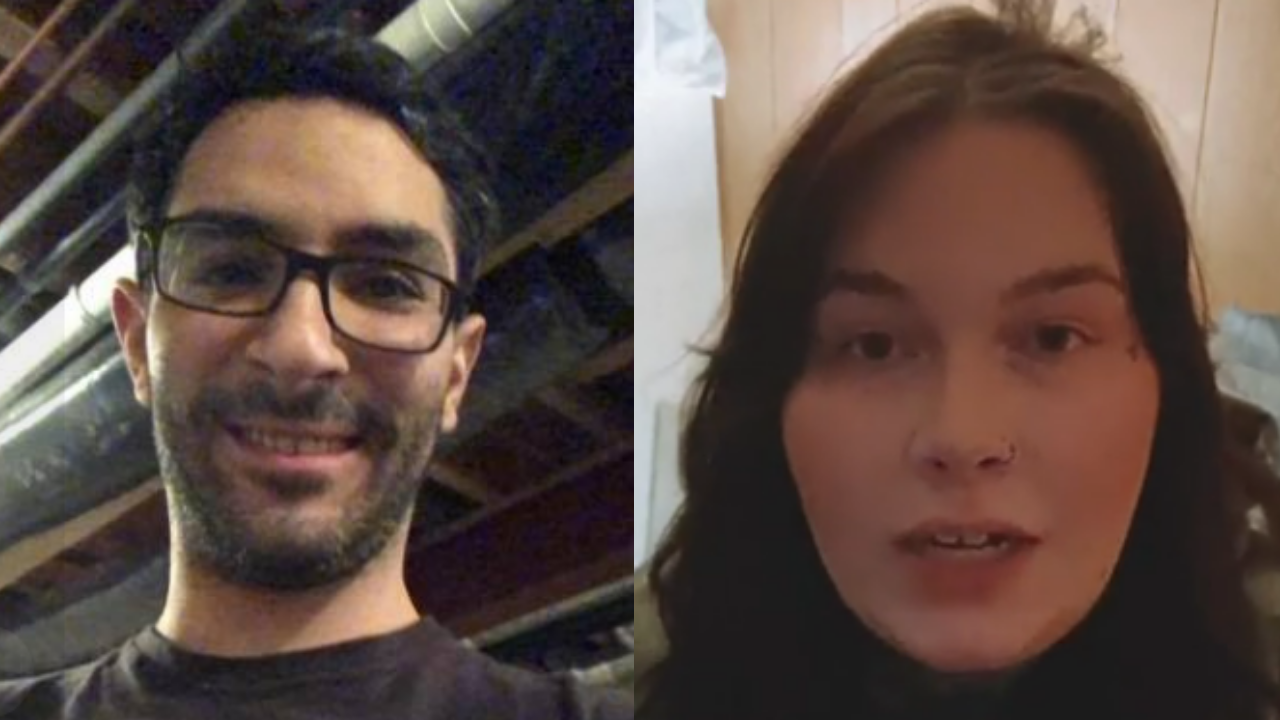 A man is being held in his house by 50 armed police officers or more. Allegedly, no warrants have been issued, and no charges have been filed. There is no reasonable suspicion that a crime has been committed, and the police have been lying since the beginning. This all started yesterday morning. The Washtenaw County Sheriff’s Department has a veteran named Omar Shafie trapped in his house, and they have illegally breached that house.

They started the entire process by lying to the public, and telling them that there was a traffic incident in the area, and that they should “avoid the area of Gale near Meadow Dr in Superior Twp.” What really happened was they were responding to a domestic incident, where a son and his parents were fighting, and instead of being reasonable, they further lied by calling him a “gunman”. A gunman is somebody who is committing a crime while in possession of a gun. They said on Facebook:

“The Washtenaw County Sheriff’s Office is on scene of a barricaded gunman. You will see a heavy law enforcement presence in the area of Meadow Dr. and Gale Rd. (between Vreeland and Cherry Hill) in Superior Township. If you live within this neighborhood please remain in your home and seek shelter in the basement if possible. At the moment the subject is barricaded within his home on Meadow Dr. We are asking the public to avoid the area.”

“We remain on scene for a barricaded gunman in the area of Meadow Dr. and Gale Rd. in Superior Township. There is a large police presence in the area and our crisis negotiators continue their attempts to have the barricaded subject surrender peacefully. We are asking neighbors to remain patient and stay inside. Seek shelter in a basement if possible. The subject is contained within his home on Meadow Dr., but remains armed. Around 4:30am a 911 call came in that their son was suffering a mental health crisis. Subject assaulted his parents, was armed with multiple weapons, wearing a flack jacket, and had multiple magazines. Deps safely evacuated family, but subject currently remains inside.”

But is any of this really true, when they send this many armed police officers to somebody they allege is suffering a mental health crisis, and who may be experiencing PTSD? No. They’re lying, escalating, abusing power, and more. They’re also ramping up the public fear in this situation in an attempt to justify their actions post hoc, to make sure that the public is as afraid as possible, literally hiding in their basements from a man who has threatened nobody.

A woman claiming to be his girlfriend has an entirely different account of the situation, and what she insists is happening is nothing short of a protracted execution. She’s been up for over a day, running herself ragged trying to get this alternative perspective out. She claims that his parents are abusive, and would regularly verbally abuse and harass him if he ever left his room, and that he was trying to get some food, only to get into an argument.

She claims that there are no marks on the parents, but that there are plenty of wounds on Omar. She claims they both verbally and physically abused him, and then called the cops in an attempt to retaliate. She said she doesn’t want her boyfriend to turn into another statistic, and that she won’t be sleeping until the situation is resolved. She also claims that she was educated in criminal law and police training.

She also claims that there are no warrants or charges issued, and no probable cause either, which would allow the police to justify an armed assault on somebody. But the state power monopolists don’t care about that, and the only language they speak is overwhelming force, and violent control.

The Washtenaw County Sheriff’s department claims their mission is to “create public safety, provide quality service and to build strong and sustainable communities.” Sheriff Clayton says he is “is committed to service excellence, building strong community-based partnerships and collaborations”. Lying about somebody, and a situation, so that you can manipulate public fear, to justify a largely unnecessary raid on a mostly peaceful man doesn’t seem like any of that to me. Today they said this:

“The WCSO believes in the sanctity of all human life and are committed to doing everything within our control to ensure public safety. With that as our focus we offer this additional update.

For nearly 27 hours the Washtenaw County Sheriff’s Office has been working to bring the situation on Meadow Dr. in Superior Township to a peaceful conclusion. At this moment our subject remains barricaded and heavily armed. It is important for neighbors to remain vigilant and continue to seek shelter. Prior to our arrival and while officers have been on scene the subject has fired his weapon multiple times. No one has been injured, however police equipment has been destroyed. We continue our efforts to communicate with the subject to ultimately bring this to a peaceful conclusion. Although our subject has communicated, he refuses to put down his weapons and leave his parents property.

Around 4:30am yesterday morning, deputies were dispatched after receiving a call from family in the home that their son was suffering a mental health crisis and had assaulted his parents. The subject was said to be heavily armed, wearing a flak jacket, and had multiple magazines strapped to his body. Although no one was injured reports were also made that the subject had fired his weapon prior to our arrival. Responding deputies were able to safely evacuate family members from the home, but the subject refused to come out, barricaded himself in his parents home, and currently remains inside.

Family and friends of the subject have been working with crisis negotiators as we employ all means to bring this situation to a peaceful conclusion. In November of 2019 five mental health professionals from Washtenaw County’s Community Mental Health were selected to join Washtenaw County’s Crisis Negotiation Team (CNT). Since that time these trained mental health professionals have been vital team members and respond alongside us for every call out. CNT staff are working tirelessly to help the subject get the help he needs and to bring this situation to a peaceful conclusion.”

This really tells you everything you need to know. No one was injured, and they can’t prove that he did anything that they claim he did. The most that they can claim is that somebody they approached with a huge amount of force is prepared to defend himself. They claim they’re talking to the family, but the girlfriend says that anything but a good choice, and that they aren’t going to help the situation by doing so.

She also claims they have suspended all of his social media accounts, cut off his phone access, and cut off his Internet, meaning the only people he can communicate with are those with whom he is at odds. This is not the behavior of people who want to deescalate a situation. It’s not the behavior of anyone who understands mental health crises and wants to get the person help. It’s the behavior of somebody who wants to control the situation and stop any outside interference. This would also comport with the allegations that the only way she is allowed to speak to him is for them to relay a recorded message to him. she refuses to do this, and is petitioning for them to open his landline, so that she can talk to him directly.

She claims she has been met with hostility, and accused of egging him on, multiple times. All she wants to do is try to talk to him and prevent him from becoming another statistic. But they won’t let her do that. She also says:

“We are attempting to have a friend get onto the scene in order to speak to Omar and try to diffuse the situation he is currently in the area – the cops are now actively ignoring us, they have the friend’s information that I provided them and claim they are “looking for someone to contact him” (while there’s 50 armed cops on the scene and a hostage negotiation team manning the phone for my calls apparently)

They also have barricade’s up over 2 miles away from his home on all directions, my friend got tailed by THREE cops, just for driving by. Someone tell me, how all of this happens because of ONE man, with limited ammunition, no hostages, and no injured parties aside from himself? How is the media not on this?”

She also has examples of the kinds of abuse that she claims his parents cause, and I will include a link to that situation.

The situation is still ongoing, and I will try to be as transparent as possible. But this is the situation as far as I can see it. Cops are doing what cops do best, and escalating a situation unnecessarily. They say:

“The WCSO believes in the sanctity of all human life and are committed to doing everything within our control to ensure public safety. For over 27hrs we have been working to bring the situation on Meadow Dr. to a peaceful conclusion and we will continue to do so. At this moment our subject remains barricaded & heavily armed. We as neighbors to remain vigilant and continue to seek shelter. Prior to arrival & while we were there the subject fired his weapon multiple times. No one has been injured, but police equipment has been destroyed. Family have been working with negotiators as we employ all means to bring this situation to a peaceful conclusion. In 2019 five mental health professionals joined CNT. Since then they respond alongside us for every call out & are working right now to get him the help he needs.”

The overwhelming chorus in the replies are people from all over the world telling these police officers to leave this person alone, and accurately stating that the situation would deescalate if they would just let it deescalate. The fact is though, sending this many police officers for one person, and lying about him publicly, will never be deescalation strategy.
Cops need to learn that if they truly want to deescalate things, they need to come with compassion, one on one, and not bring an army to forcibly escalate a situation. The track record of the police is to kill over 1000 people a year, beat, electrocute, and chemically assault thousands more, and not see any justice, and the public rightly knows that a lot of these situations are made worse by police presence. If they were truly concerned about this man’s mental health, they wouldn’t be approaching him like this, or anybody else. But police know they have this image, and they still do it anyway. This is the monopoly on violence in pure form. I will update you as soon as I have more information. 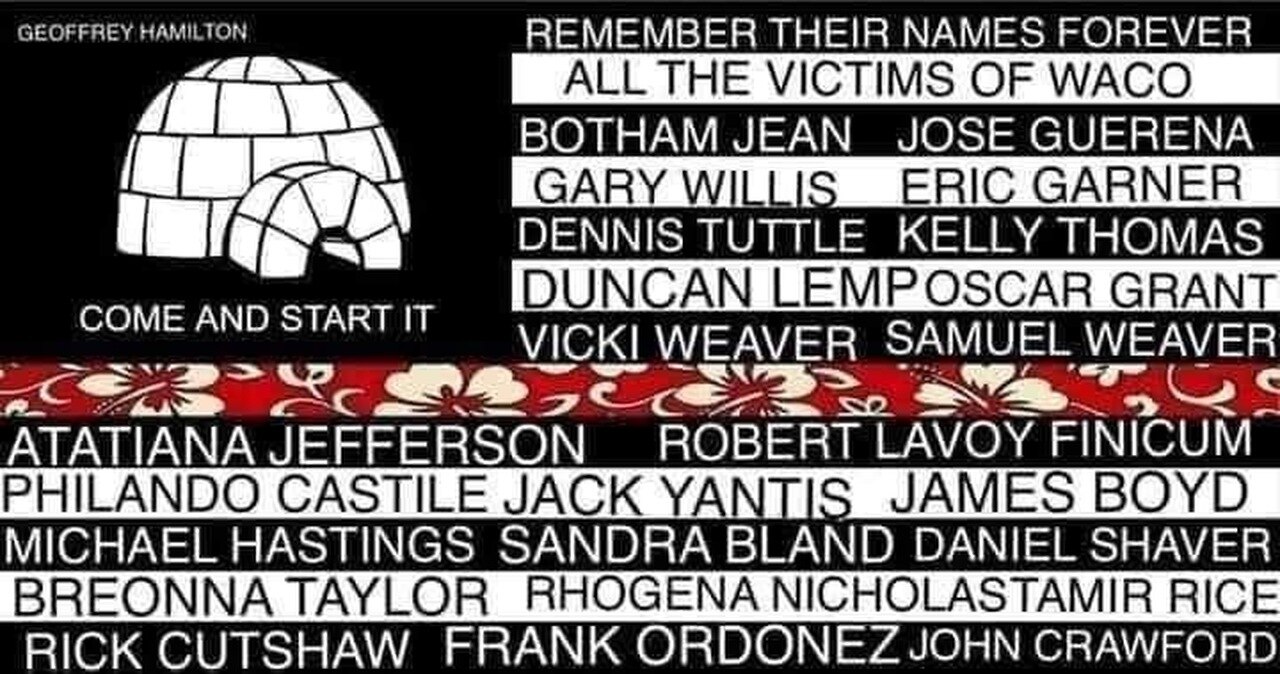 He has surrendered peacefully and without incident. Will update with more as soon as I have it.