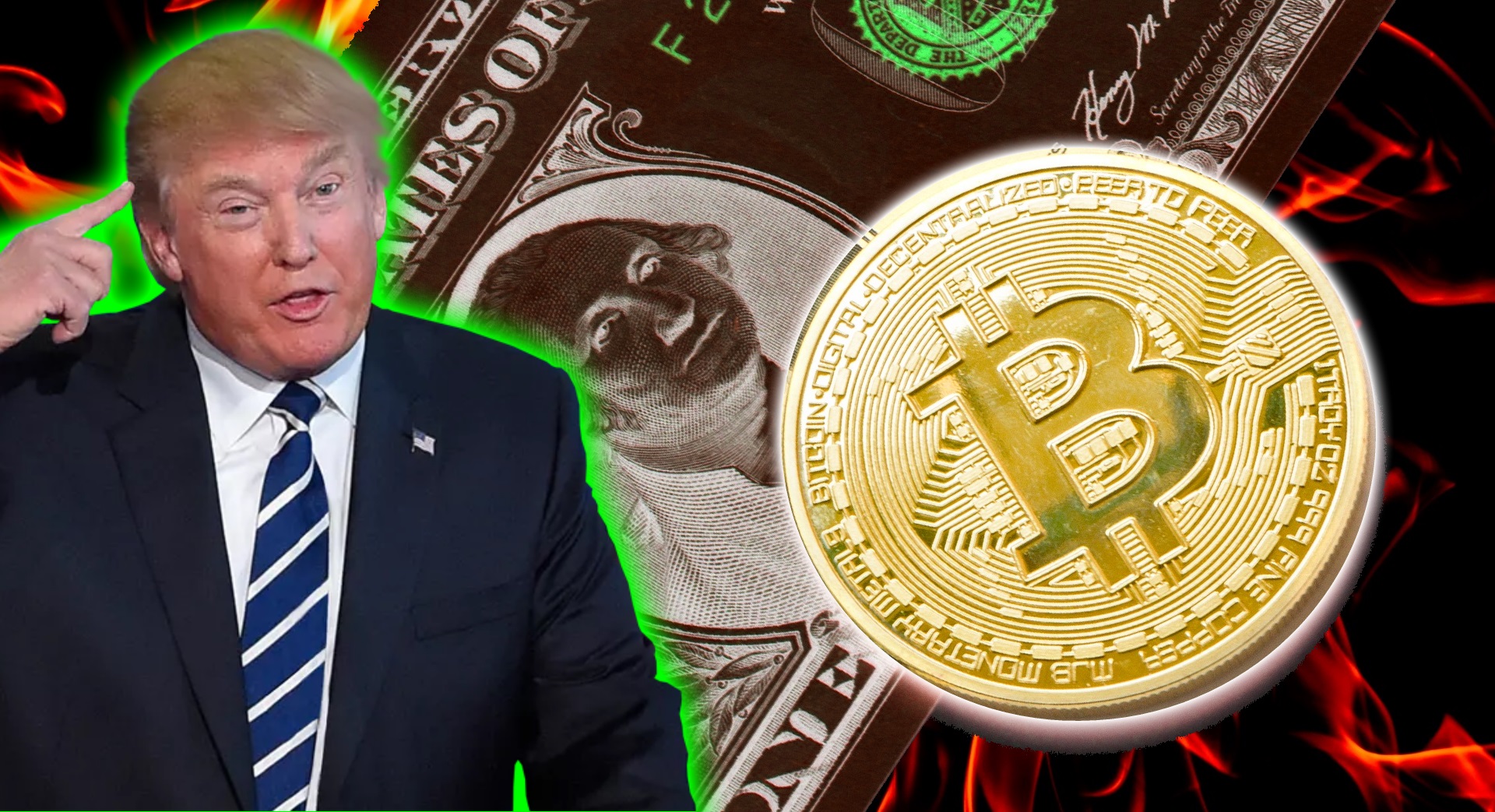 You ever just come across something so aching wrong that it physically it hurts to read it? Because that’s what happened to me on 7/11/2019. What tragedy has befallen yet another 11th day in a month, you might ask? I present see you this incredibly illiterate thread about cryptocurrency from the literal president of a fucking country. Tweets that might actually require a visit to 711 to get some ice for the headache it will give anyone who understands the subject. 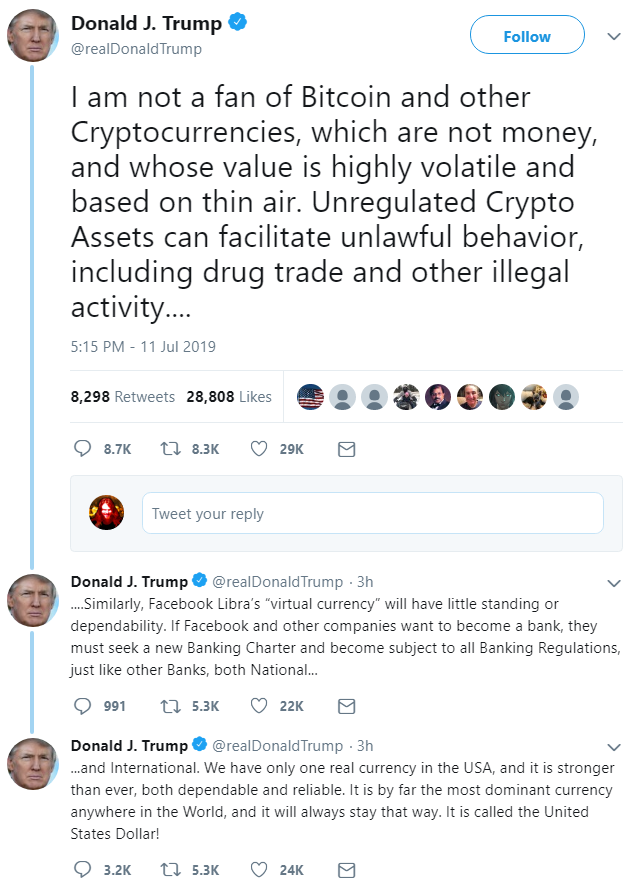 I saved it as an image in case he realizes how clueless this makes him sound and deletes it later, but this is exactly a thing that a human person who is the president of a country said. So after you recover from your Excedrin headache which is Donald Trump, feel free to keep reading. I plan to take down every single point he made piece by piece.

So the first point he makes that’s wrong is that cryptocurrencies aren’t money.  They aren’t fiat currency, but they are money. 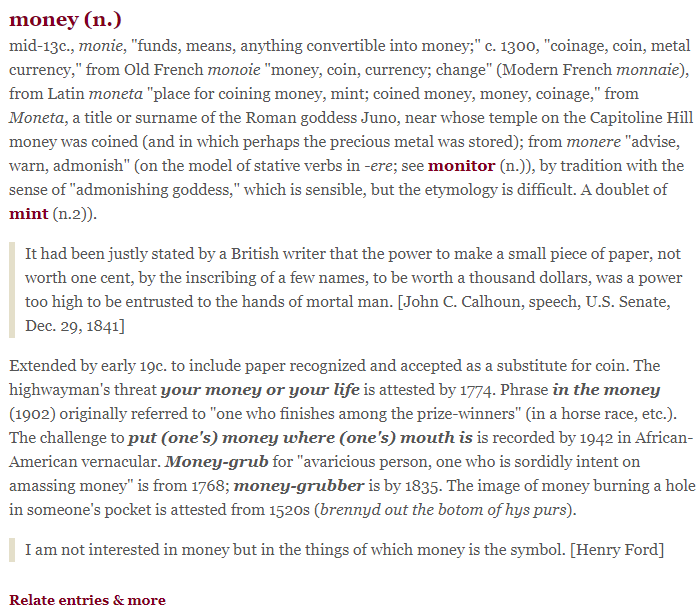 So already he’s incorrect, as the fantastic people at Online Etymology Dictionary conclusively prove. You can definitely trade it for money  (for instance by using my Coinbase referral link), and it’s definitely a currency,  which means it’s money by modern definition.

So then he says it has no value – the fact that it’s adopted so much that the literal President is talking about it means it’s valuable. Value is fuckin subjective. Repeat the mantra till it sticks. And it’s made outta thin air? Maybe – but the hardware it’s on is huge, and blockchains are often attached to app infrastructure. It’s like saying Facebook isn’t worth anything ’cause “I can’t hide a like under my floorboards”.Facebook stook disagrees, and so do the numbers for virtually all cryptos. Boomer tier economics from a boomer tier President with an even mix of boomers and “greatest generation” (which let’s be honest. debatable) as his base isn’t surprising but if he wants legitimacy, being an old man yelling at the sky isn’t the way.

And “it’s muh thin air”? Really? After the US raised the debt ceiling and QE’d into oblivion how many times now? The goddamned DOLLAR is thin air – at least an ASIC miner can be sold for parts after the dollar Weimars itself into the future US shantytown house foundations and patches over the premade holes in people’s “designer” clothes. But that doesn’t stump Trump using the dollar as metrics for economic success. I wonder why.

But then he goes into Facebook. Facebook,  contrary to opinion, does not “have” a crypto. It’s not even a thing yet, and when it is, it won’t be “the Facebook coin”. It’s just loosely tied to them. Additionally, it’s not a “coin”, much less cryptocurrency,  which is money. Noelle Acheson at Coindesk rightly concluded that “Libra is more like an ETF than a fiat-backed stablecoin.” But Libra is going through an exchange – one owned by the Winklevoss Twins. Gemini is an FDIC  insured spooky exchange and it promises normies to get them into “regulated crypto markets”. Big yikes.

A company lying about their securities token being cryptos, being exchanged by ex-FB employees, for a company attached to FB is not a way to criticize a decentralized crypto like BTC, and I think  he knows that. When his base is already pissed about alleged hyperpartisan censorship of conservatives, FB being a yuge element, how would you get them angry at a whole concept threatening to the state? Link it to FB.

But he’s not here for reasoned analysis of BTC and cryptos. He’s here to fearmonger to his base, so if he has to lie, cheat and steal to do it he will. That’s why he praises the fucking dollar in the next tweet. A “thin air,, valueless non-money” by the same standards he uses for crypto, the only reason it’s “stronger” is that more people use it. Which,  yeah, that’s what happens when you control the world. So fucking what?  It’s like saying beer is worthless cause more people buy Pepsi,, or that Pepsi is “thin air soda” cause more people drink Coke.

And in this case, much like the rest of politics, there is a gun to  your head, forcing you to choose between Coke, Pepsi, or death. How many countries without a central bank and dollar acceptance are left? Go home and figure it out, Fiat-Tards.

And for fuck’s sake – stop listening to Trump on economics. 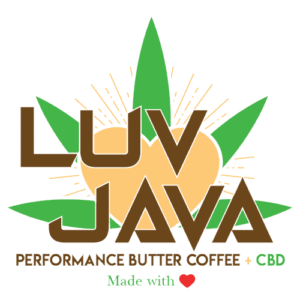 Cold brew coffee, MCT oil, CBD, and a variety of flavors make this the coffee of professionals and health gurus – get yours today! 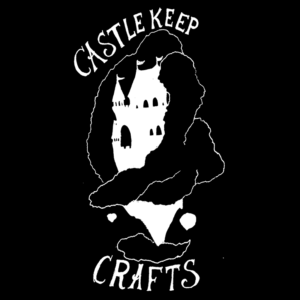 Hand Made Stained Glass and More!