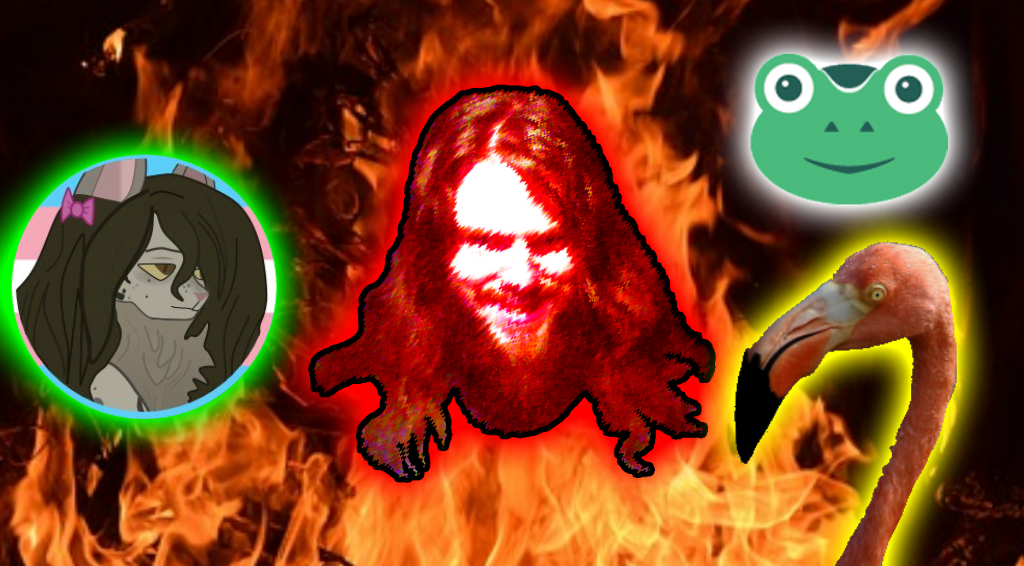 So this site has covered censorship a lot, maybe a little much, in someone’s opinion. But ultimately, it’ll probably be a relatively common occurrence going forward, because people keep sending me instances they want covered. As long as I get enough support from viewers like you, I can keep doing it, too. What’s today’s case then? A user has had his account for an open source file sharing service called Elixi.re permanently deleted, for the egregious crime of having a Gab account. Meet Jaoheah.

Before getting into the case in question, let’s talk Elixi.re. It calls itself “a free and open-source filehost and link shortener”, with custom domains, image management, and link shortening. I’d never heard of it until this incident came up, and they don’t appear to have an online presence, so their opacity is a clue as to their mentality. So what can be uploaded? According to the FAQ:

Any files with the following mimetypes:

…as long as they follow the rules, which can be found in the “What are the rules of your service?” section of this page.

So that brings into question… what are the rules? If someone was banned simply for having a Gab account, there must be something about it in the rules, right? Let’s see about that from the whole current rules list:

What are the rules of your service?

Funny – nothing about Gab. There is that first rule, but a quick Google doesn’t state that any country has outright banned Gab, so it’s probably not a legal issue. And even if Gab were, it wouldn’t matter if a user was simply also a user – Elixi.re would remain intact. So let’s get to the circumstances surrounding the ban, and the conversation I had with the banned individual, shall we?

First, these screens were sent to me by Based Lindsay on Twitter. We know each other through the both of us writing fo NPC Daily, a satire site. The user in question also supports the site, and has a parody account to boost its profile. Have to divulge that, since I like ethical journalism. The screens are of a conversation the user in question had with the mod for a Discord related to the service. 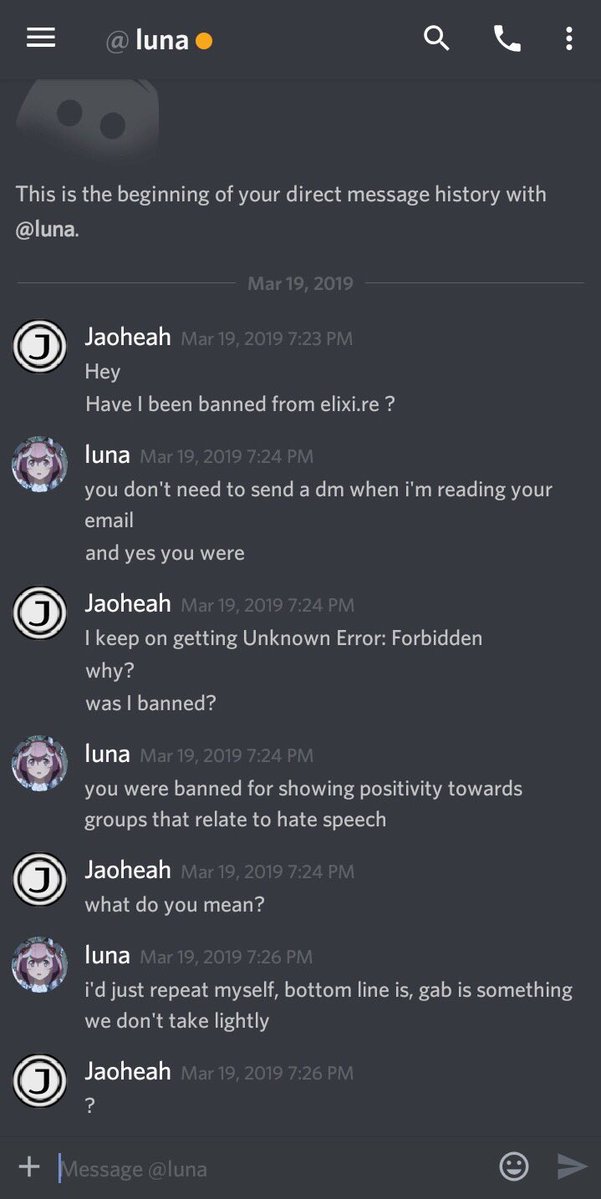 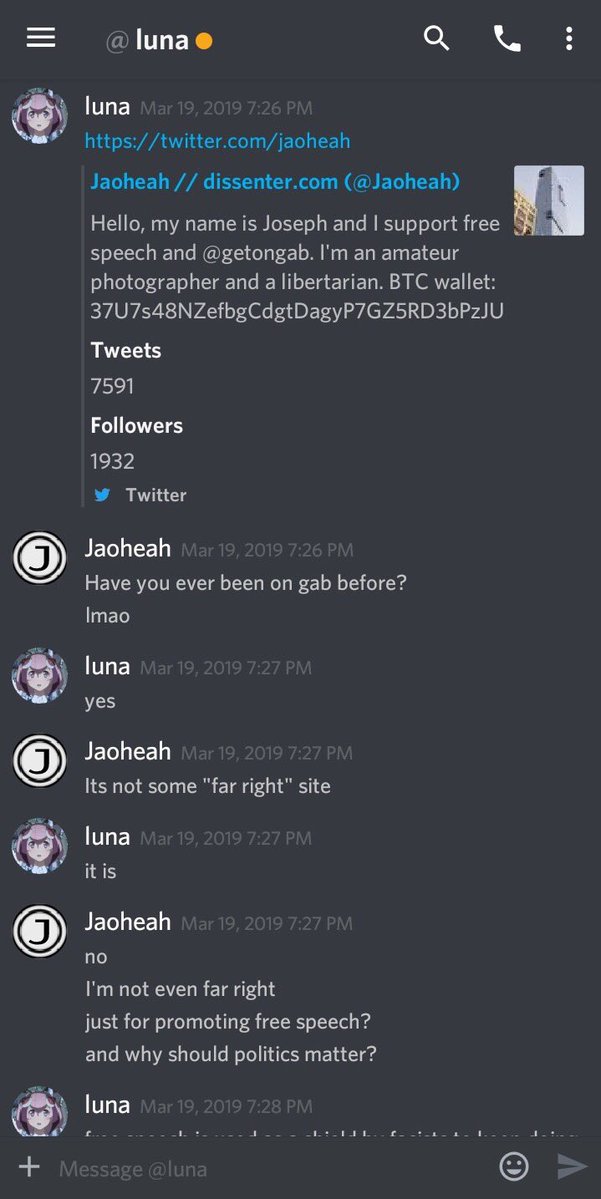 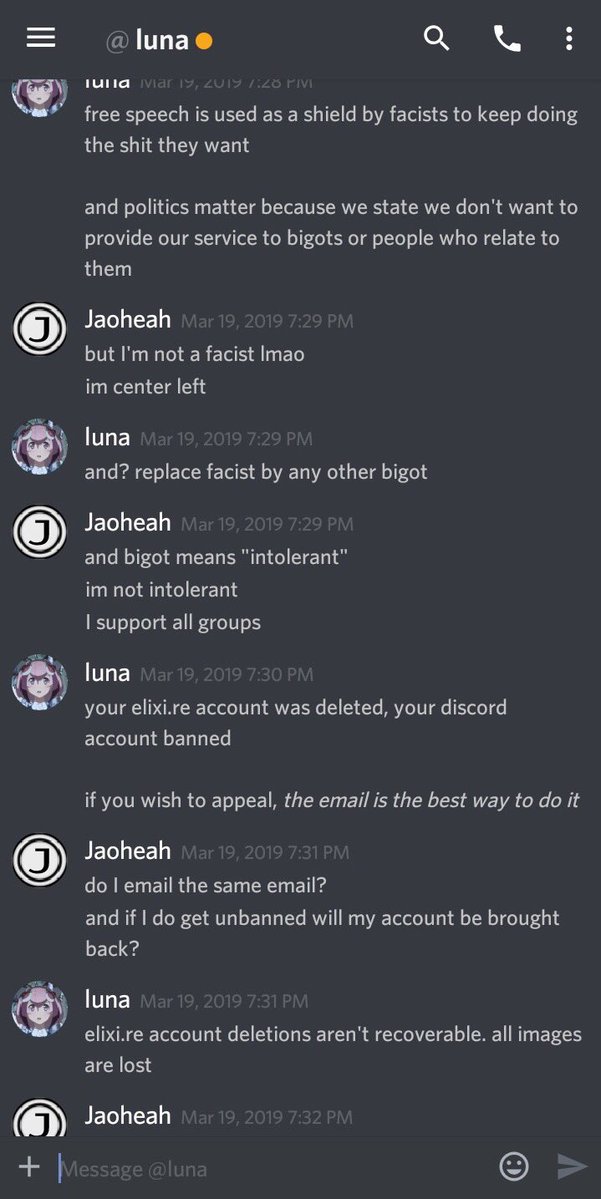 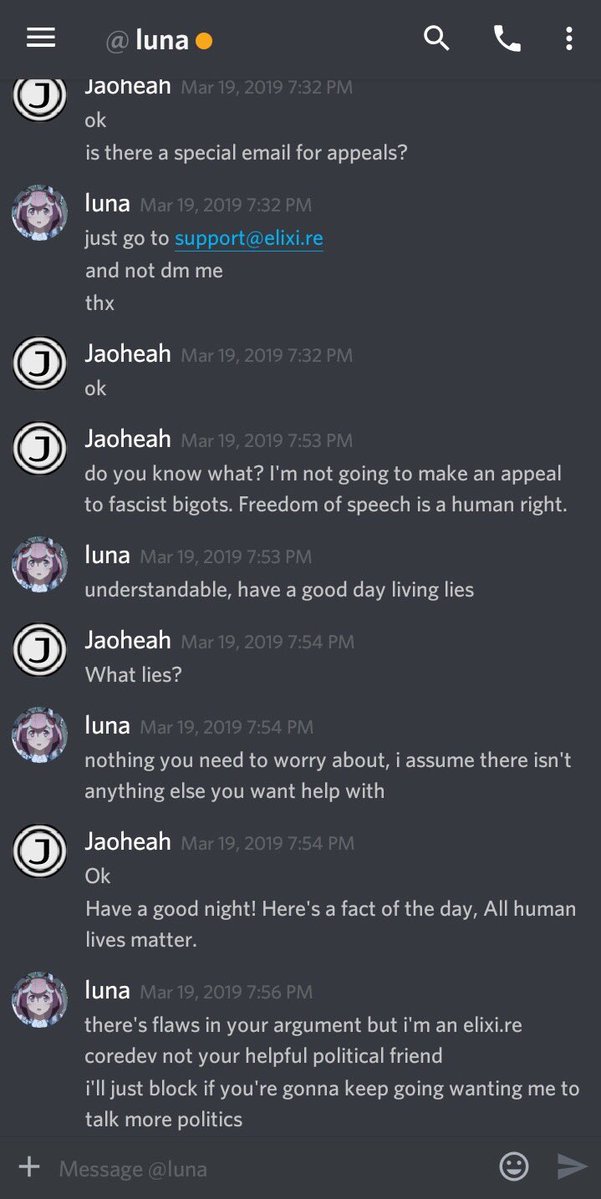 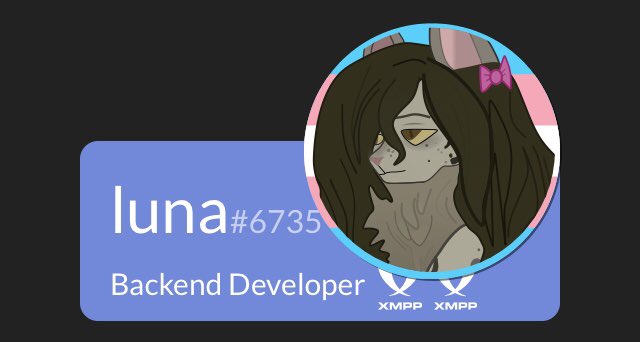 So, apparently all people on Gab “relate to bigots”, and this service will just destroy everything you have if they find out you are? Okay… has to be more to this story, right? So I interviewed him. Here’s the text of that interaction…

So what did you use the service for before you were terminated? Be as complete and thorough as possible.

I used the service to upload screenshots that I have taken, and I use a program called ShareX that could automatically upload the screenshots I have took to the service, It also offered a free customizable URL. For example, I chose “Jaoheah.Is-A-Living-me.me”

So what sorts of screenshots did you upload? Were they content these people would consider “objectionable”?

I mainly upload screenshots of video games. I also take screenshots of random discord messages that I find funny and some computer glitches. I have made only one “Objectional” screenshot, and it was not violating their rules.

At this point he sent me the only thing he thought could possibly be wrong, which was this…

I didn’t see any rules violations in the image, though, and the reasoning provided in the screenshots seemed to contradict that being related. So I continued the interview.

Alright, that doesn’t look bad at all – so I hear they have a Discord. Any chance you said something which offended admins?

No, I haven’t really spoken in their discord. I only was there when I needed technical support.

So what precisely did they call a violation? Simply being on Gab?

I have “I support free speech and @getongab” in my twitter bio, and they said, “you were banned for showing positivity towards groups that relate to hate speech” “I’d just repeat myself, the bottom line is, gab is something we don’t take lightly.” They then linked to my twitter.

Yep – Based Lindsey sent me a screenshot. I’ll be reaching out to them for comment, but ultimately, I think that’s all they had a problem with. Would you agree, or is there anything at all you may have overlooked? I have to ask, for journalistic integrity.

I don’t think there is anything I have overlooked, it is possible though, they said they banned me for associating with Gab and linked to my Twitter bio as evidence.

Yeah – figured. Alright, I’ll reach out to them for comment, and if they don’t have anything, that’ll conclude the interview – if they do, I’ll get back to you. Is there anything you’d say to them if you could?

I’d like to ask them what they meant by “free speech is used as a shield by fascists to keep doing the shit they want.” It sounds pretty contradictory.

So there’s the interview, and true to my promise, I reached out. My first step was to try to join the Discord, so I could talk directly to admins…

So much for that. So I reached out over email. This was that. 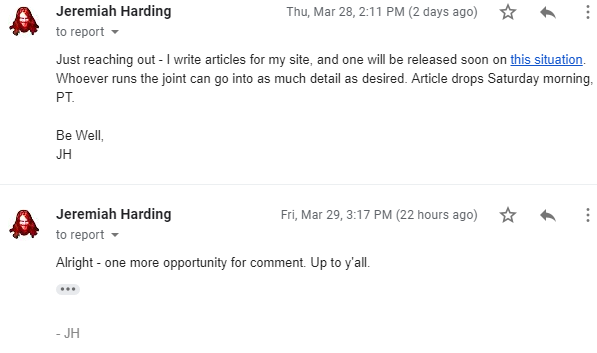 I think it’s safe to say they declined to comment.

And the truth is, the guy didn’t even use his Gab much, but one can tell from visiting it, he didn’t use it to spread bigotry. So what can be known from this info, unless they decide to comment after I drop this, is that Gab is being used as a way to blacklist people from supposedly “alt tech” ventures. One has to wonder what the point of these sites is if it’s not to be an alternative to the mainstream, but clearly some of them aren’t alternatives to anything. And if they will change the rules whenever they want, without even writing the new ones down, and apply these standards to you, as though you breached an agreement, just keep in mind… you could be next. At this point, if you visit any of his files, you’ll be greeted only with:

This is evidence that simply being “alt tech” is not sufficient to be an alternative. Not even OneDrive or Google Drive ban users simply for being on Gab – this is MORE restrictive, not less. So what’s the point? Supporting your local leftist furries? Link shortening… so long as you aren’t guilty of wrongthink? Good questions to ask. But one thing is clear: want to think for yourself? Don’t join Elixi.re. Or, only join knowing the ban risk. I’d absolutely never advise a bunch of trolls to go join and overload the place. Never.

Have you had a similar experience? Click here to email me.