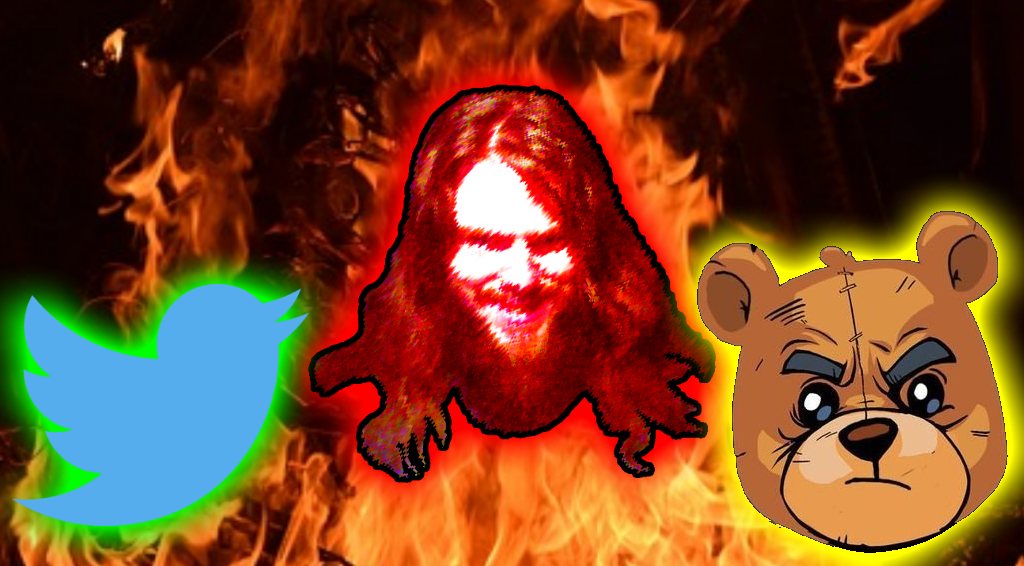 With social media chiefs coming out on damage control so much recently, I thought it’d be funny to test their shit. It’s in that spirit I’m running two new series. The primary series is #PushTheAlgo, where I’ll be manually testing or exposing the algorithms companies use to run society. The series will include many such cases, categorized by the type of thing which appears to be part of the pattern. This case is #LearnToCode, which Twitter is famous for arbitrarily banning people over. Our first case goes by @teddybearisms and emailed me from “jail” last night, and while he’s out now, he still went there for trash reasons. So let’s chop it up.

I put out the call last night on Twitter for any case of using “Learn To Code” getting someone banned. For those who don’t know, the reason this is a meme is that Journalists awhile back performed under an orchestrated narrative frm many outlets in concert that coal miners, truckers, and other men losing their jobs to automation and other circumstance should learn to code. Obviously, this upset people, because telling middle aged and old people to learn a brand new skill nothing like their others instead of discussing the downsides to automation or something actually journalistic seems glib and dismissive.

So when a bunch of “journos” lost their jobs recently because their imprudent rags inflated clicks and overextended, a bunch of the people who remembered the callous treatment media had previously given people joined in their own chorus to say “Learn To Code” to figures complaining. Twitter quickly built it into their algorithms to recognize the phrase as “targeted harassment” as recently elucidated on Joe Rogan’s show.

So this means many people who were saying it in a completely innocent context, or simply joking, were called harassers, and suspended or banned. Since I want to test this, and I haven’t yet been suspended simply for uttering the phrase, feel free to report my tweet for harassment or whatever.

If you have proof you’ve been suspended or banned for saying “Learn To Code”, or for discussing the topic, reply to this tweet or contact me:

Somebody sent me a post you did on twitter, in search of people who were wrongfully suspended for typing the words “learn to code”.
I have enclosed an image, proving i made the post, and how i was forced to remove the post. At this time i have 8 more hours on my 12 hour suspension.
I didn’t even post it in a trolling way. I actually stated “I kind of want to learn to code”. And i was directing it at a person who just just finish interviewing @Jack and twitter, in which he asked them to stop suspending people for saying “learn to code.”
This whole thing is dripping with irony.  Their automated system is a sloppy mess, at best. 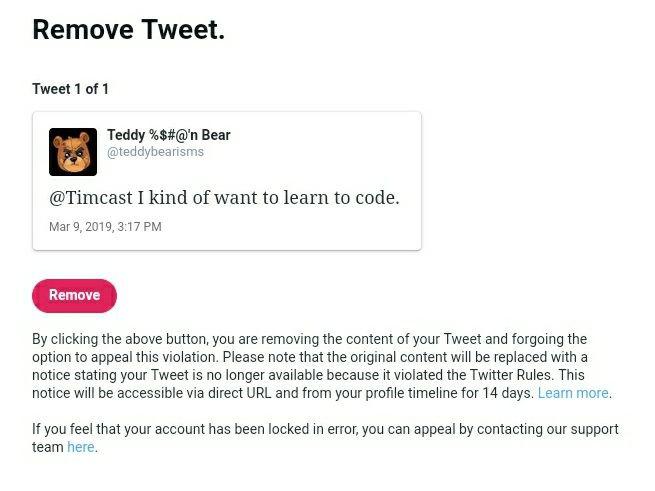 So there you have it. Assuming the authenticity of the shot, saying you want to learn to code is enough – even saying that to someone who doesn’t feel harassed. Tim Pool doesn’t need someone to hold his hand through this difficult time, but Twitter decided to put this guy in the corner anyway.

Have you had a similar experience? Hit me up – you know my email.

Still solo on this, except my awesome patrons, and most of my stuff takes days of research and many hours to put together solo. Plus, I’m putting my neck out using this hashtag, so my audience might be gutted soon if my Twitter is banned.