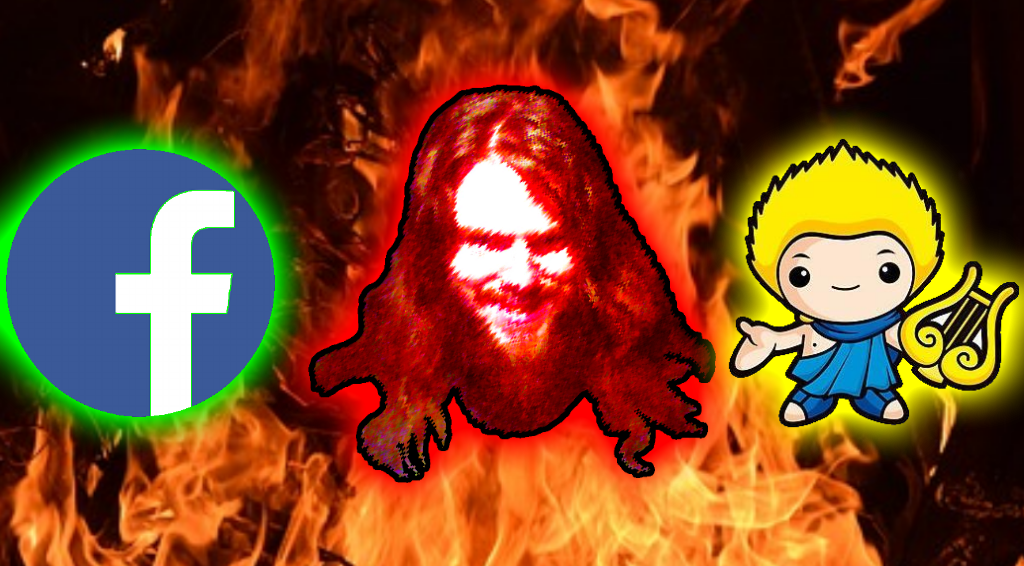 Apollo Slater was nearly suspended from Facebook for 30 days for a post which did not violate community standards. I’ve been there. Was trying to decide whether or not to crosspost my story to this site, and then Apollo made my decision for me. He contacted me three days ago with an image of a post he was told violated standards, and which merited a 30 day ban,which obviously didn’t. So yeah – crossposted those things today. Feel free to check em out. Either way, it should be obvious that this is bullshit, so let’s get into the interview itself.

Hey, so thanks for taking the time to talk about this. My site is apparently gonna be a hub for a buncha censorship news, so this fits right in. Why don’t we start with who you are and what you normally do?

“I’m a writer and software developer in San Antonio, Texas.  I mostly write about politics and technology from a libertarian perspective.  I’m concerned with the rise in digital censorship, and mass surveillance, and what we might do, with technology, to counter these trends.”

Well, that comes in nicely to this topic. You were banned from Facebook recently. What did you say?

“Americans will gladly hand over their children to the satanic pedophiles, for fear of being called “pedophobic”.”
I understand people will read things in different ways, but I’m hard pressed to see who exactly I’m offending, besides the rather large group of “Americans”.  If criticizing Americans is the new standard for censorship, you’d have to shut down most of Facebook.  The only other explanation I can think of is that it’s offensive to pedophiles.
My post was a reaction to seeing increasing pro-pedophile messaging in the media, along with pedophile networks operating openly on Facebook, YouTube and Periscope, contrasted with censorship of dissident political opinions.  Given Americans’ history of mindlessly going along with whatever narratives they are fed by the mass media, my prediction doesn’t seem too far fetched.  I’m really curious who reported this in the first place and, after that, who on Facebook’s staff agreed that this is offensive.”

Do you have any examples of this messaging in the media? Just for the record.

“One example is Salon publishing a confessed pedophile’s claim that he is not a “monster” but that the “right-wing” are the real monsters for condemning him.

Then there was the discovery by Tosh.0 of a YouTube pedophile network operating in the open, reaching 12 billion views.
More recently, we have media adulation for a 10-year-old “drag queen”, posing and performing in sexualized poses.
There are many other examples, but the problem seems to be getting worse.”

Okay, so for clarity’s sake, was “Satanic” more a pejorative (or possibly parallel descriptor), or do you have something specifically on “Satanic pedophiles”, as in, those who represent the religion?

“It’s a reference to Pizzagate, Tony Podesta, Marina Abramovic, and the satanic cults that powerful people use to abuse children.”

Alright – well, whether or not that’s an accurate representation of those people, you clearly had good reasons to post what you posted. So how long was it up?

“It was up for less than a day.  I posted around noon and by evening I was banned.

UPDATE: I just checked my Facebook and it looks like my appeal went through and I’ve been un-banned!”

Alright, interesting. Well it looks like they have an algorithm set up for certain phrases then. That’s interesting on its own. In case you get banned again, where else can people find you?

I debated submitting this article because of that – I mean, where’s the story there? Well, the story is that there’s an algorithm that just removes peoples’ posts for certain words. If not, why would an appeal have worked? Like, someone disagreed with another’s position? If so, do they not have uniform standards? Are all Facebook posts up to the whim of whatever admin is in that day, and if so, are there higher-ups on the admin chain who can override others’ decisions? So many questions could be asked from this information, and I thought having it available for the record would still be valuable, even if his sentence didn’t stick. And if he’s ever banned, I’ll revisit, and see what finally put this “delinquent” over the line.

Anyway, if you have a similar story, contact me, and I’ll see about an interview. I want this site to be a hub for an insane amount of information, and I can do that, and help people expose many evils in the process. However, as yet, I still haven’t profited from this site. You can help change that.