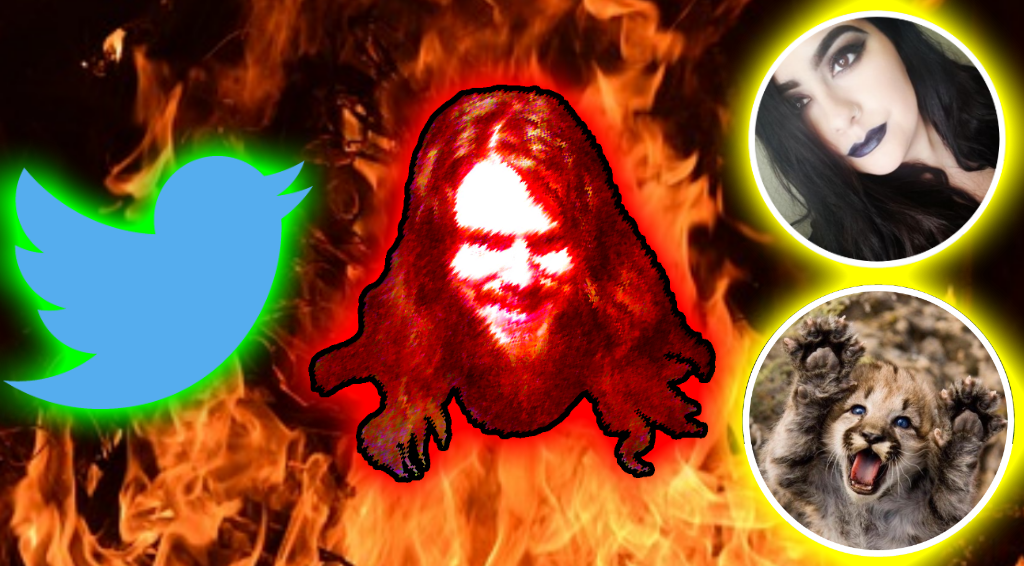 In the age of Nazi Pugs and cancel culture, one thing is clear – context doesn’t matter and jokes are verboten. Unless you want to be relegated to an unused platform, maligned as alt-right or an SJW safe-spacer, stay in line. Cases like the following are just more proof that we live in a culture where we’re walking on eggshells. A joke between friends got a woman banned from Twitter. Like being suspended from school for a gun-shaped Pop Tart, Twitter treating people like children is old news. So I interviewed @MaeFengari, and her “victim”, @scrappythewild1, both of whom I’ve known for awhile, and who know each other, about how they feel about Twitter’s “protection services”. This is that.

So another mutual posted about it, after I found out in a Discord server she runs. That takes some of the work out of this, so I’m all for it.

Good job @Twitter you suspended someone for a joke made to her friends….

So let’s get the interview section started, and you can be the judge of whether or not Twitter made the right choice.

Hi! I’m reaching out because a mutual follower of ours was banned from Twitter for making “violent threats” to you. I’m wondering if you have any comment on the situation, and if you felt threatened. Thanks.

“I interact with that account frequently…. it was a joke, which in fact I found to be hilarious…. I “liked” the comment … and I absolutely know for sure that is was humor and not a real “threat” . I did not feel threatened at all.

I cannot make it more clear than that. Let me know if anyone would need me to expound further … thanks!”

Yeah, she jokes a lot – her “vampire persona” could even be perceived as a death threat, under these standards. Alright, so you don’t support her banning, and you don’t feel threatened… is there anything you want to say to Twitter?

“I don’t support her being banned at all…. had i felt legitimately threatened I would have reported the comment myself… I didn’t even consider that action …. not sure how it even came about that her account was suspended or banned… but I Do not agree with that course of action … not at all.”

Gotcha. Well thanks for your comment! We’ll see how this goes.

So with this in mind, here’s the interview with Mae.

Gotcha. Okay, so for full disclosure, I know both of you, and already assumed this was bullshit, but for the record, you don’t actually want to kill anyone on Twitter, right?

“Oh gods no. The whole “tough” act is simply that. An act. It weeds out the weak, anyone who actually knows me knows I wouldn’t hurt anyone.”

Yeah, definitely. So what was the context of the Tweet in question, if you remember?

“I responded “preach” to one of Red’s tweets. Scrappy responded with the “not today devil” gif and I said “Scrappy I will kill you.” To which he responded with laughing emojis and “You told me to preach.””

Wow… so ostensibly, Scrappy’s comment also violated terms by “dehumanizing you” if they want to ignore context. Interesting. So you two are friends then, right?

“Yeah, he teases me constantly. On any of Red’s livestreams that I participated in, he’d taunt me in the chat. It’s all lighthearted banter.”

Yeah, I’ve seen it more than once – alright so is there a way to appeal, and if so, have you?

Alright, well this does seem to be a total rejection of context, and hopefully this article can get some more eyes on these issues. If you could say one thing to Twitter about this, what would it be?

“Probably suggest that they figure out a new way of determining what accounts should be suspended.”

Sounds good. Thank you for your time.

As of writing this, she’s still suspended. So what do you think? Reasonable, or not? I’ll update you as to reversals, if there are any. If you have a similar story, email me at weeklyhellscape@outlook.com. Also, still solo on this, except my awesome patrons, and most of my stuff takes days of research and many hours to put together solo.