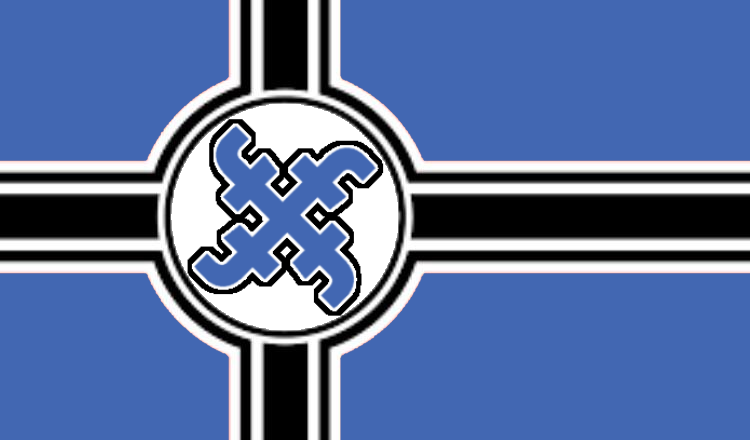 Originally posted to my Steemit, four months ago. Facebook banned me for three days because I opposed violent, blindly patriotic statists, accusing me of having engaged in “hate speech”. If that sounds absurd, stick around – I have receipts.

On October 6th, 2018 at 3:07 PM, I’d just finished an amusing image – a word association puzzle, if you will. It was a four panel image, and it was as follows. On the top two panels, it had a picture of a standard ammunition magazine, shortened to “mag”, on the left, and a maggot on the right, with the word “maggot” under it. On the bottom two panels, there was a US flag on the left, with the word “flag” spelled out, and on the right, a picture of a dumb meathead, so incapable of rational discourse that he chose to wear a shirt threatening violence on flag desecrators. His shirt read “Stomp my flag – I’ll stomp your ass”, with a worn American flag on the back.

Before I show this image, however, let me just highlight the irony of such a shirt existing, and going in direct contradiction to US Flag Code §176. Respect for flag:

(i) The flag should never be used for advertising purposes in any manner whatsoever. It should not be embroidered on such articles as cushions or handkerchiefs and the like, printed or otherwise impressed on paper napkins or boxes or anything that is designed for temporary use and discard….

(j) No part of the flag should ever be used as a costume or athletic uniform….

So not only is a shirt like this in direct opposition to freedom of speech, property, and malum in se law, and not only does it make American “patriots” look like dumb entitled, drooling, brainlet snowflakes, but it’s also not legal, according to the laws the kind of “person” who would wear this shirt yips at the end of their leash to defend. That said, here is a screenshot of the offending image, along with the proof that Facebook accused me of “hate speech” for mocking it. Brace yourself – it must be pure evil. 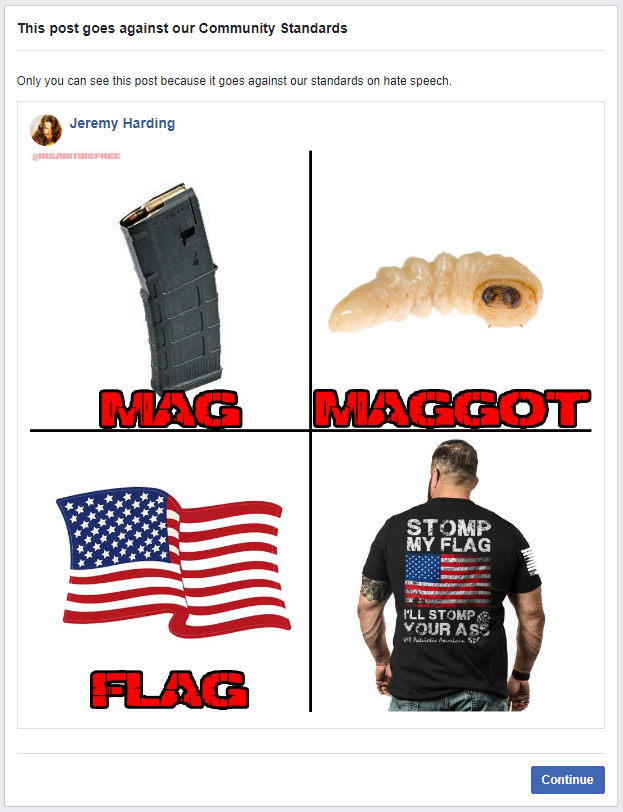 So there it is. You can obviously arrive at your own conclusions about what protected group I must’ve scourged with this post, but basic pattern recognition, available to anyone with an IQ above 80 (so, starting range to become a cop), would lead them to the conclusion that the word I was implying was “flaggot”… a word so commonly used in anarchist circles that the official Flaggot Facebook page shared my post (and that page is still up)! 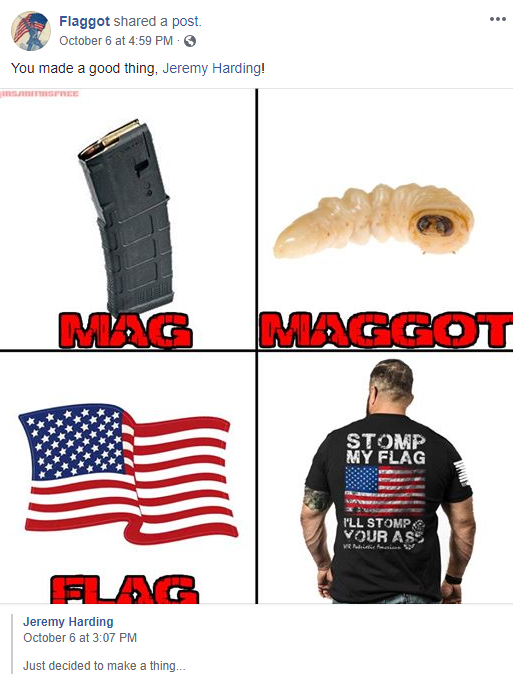 So before we go any further, let’s see what constitutes “hate speech” according to Facebook. From their definition:

We define hate speech as a direct attack on people based on what we call protected characteristics — race, ethnicity, national origin, religious affiliation, sexual orientation, caste, sex, gender, gender identity, and serious disease or disability. We also provide some protections for immigration status. We define attack as violent or dehumanizing speech, statements of inferiority, or calls for exclusion or segregation.

So, violently patriotic people aren’t a race, nor are they an ethnicity. The post had nothing against people of any national origin, and unless Facebook is admitting statism is a religion (The Most Dangerous Superstition, perhaps), that doesn’t hitch either. Violent statists aren’t a sexual orientation, nor are they a caste, sex, gender, or gender identity, although they do seem to produce a grip of equally blind kids. So unless Facebook agrees with me that the kind of person who would wear a shirt like that has a mental disability, which would be fucking hilarious, my post is not in violation of any TOS I agreed to, and they’re miserable, craven, cretinous liars, and the scum-sucking dung of the Earth.

But therein lies the real truth, doesn’t it? It’s okay to threaten people with violence for stepping on a piece of cloth they own, but not okay to mock people who do that with an image. As long as you tow the line, and grovel to the state that supports the intersectional “safe spaces” of the leftist university crowds, and suck off the troops and cops supported by the right, your account is safe. Keep milling through pallets of corporate products they advertise, keep consuming, keep accepting the newest terms and conditions, while reading as little of them as possible… and question not the prevailing narratives that seem to plague both sides, especially in a way amusing enough to gain traction. If you do, weave your way around all the things too “offensive” to say, and make sure to read the daily updates on what is now considered hate speech.

And remember – any group is possibly the new protected class tomorrow, so if you want to avoid hate speech, best never to say anything negative about anyone, and since every group is anathema to another, don’t say anything positive either, as you could trigger the opposition. Just actually don’t say anything. Because Facebook is a way to connect with friends and the world around you, but only if you do exactly what they say. And be sure to give them all your personal information, too, and let them follow you with a GPS and a hot mic everywhere in your pocket. Because without Facebook, what do you really have?

So, this post was originally on Steemit, but I didn’t even profit from it there, as it took me an hour to make sure I got it right, and I didn’t even make $2.50. As yet, I still haven’t profited from this site either. You can help change that.