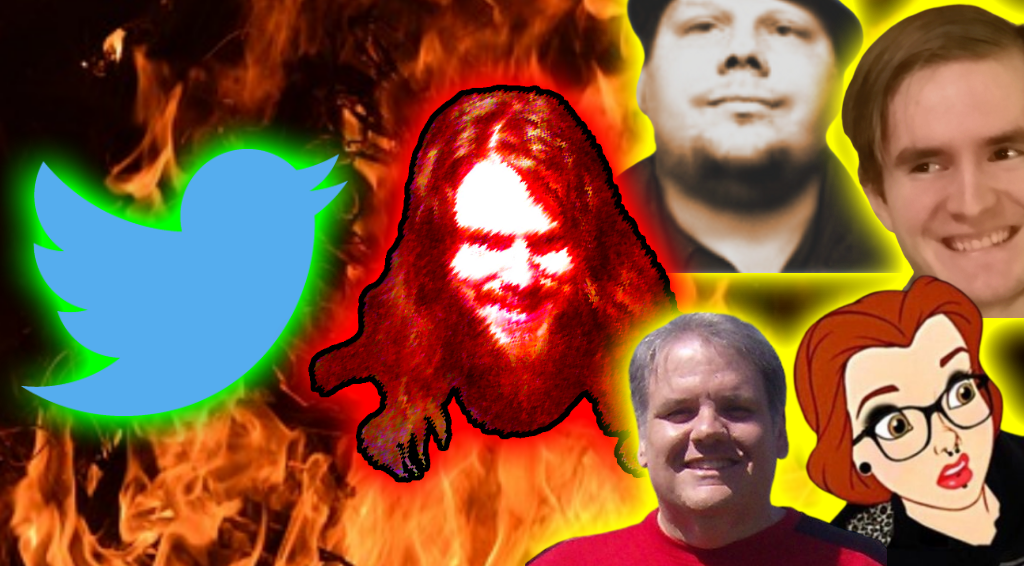 With social media chiefs coming out on damage control so much recently, I thought it’d be funny to test their shit. It’s in that spirit I’m running two new series. The primary series is #PushTheAlgo, where I’ll be manually testing or exposing the algorithms companies use to run society. The series will include many such cases, categorized by the type of thing which appears to be part of the pattern. This case is #LearnToCode, which Twitter is famous for arbitrarily banning people over. Today’s cases bring my total to five, and include @UnknownLone, @GingerMorticia, @Brad_Glasgow, and  @JDenslinger. Support links at the bottom if you want to help this project.

First, an update on Teddybearisms from the first piece, as of March 10.

The appeal is still going on. So, they will suspend a person for 12 hours, but take longer than a day to appeal. What’s the point?

What’s the point, indeed. It’s almost as though this isn’t about “harassment”, but conformity to acceptable narratives and mindsets and favoritism. Couldn’t be that though – they said so, and would someone really do that? Just go on the internet and lie?

Sarcasm aside, let’s discuss the current cases. The first one I’ll go over – that of @UnknownLone – may fit the narrative, better, but it’s still valuable to address. 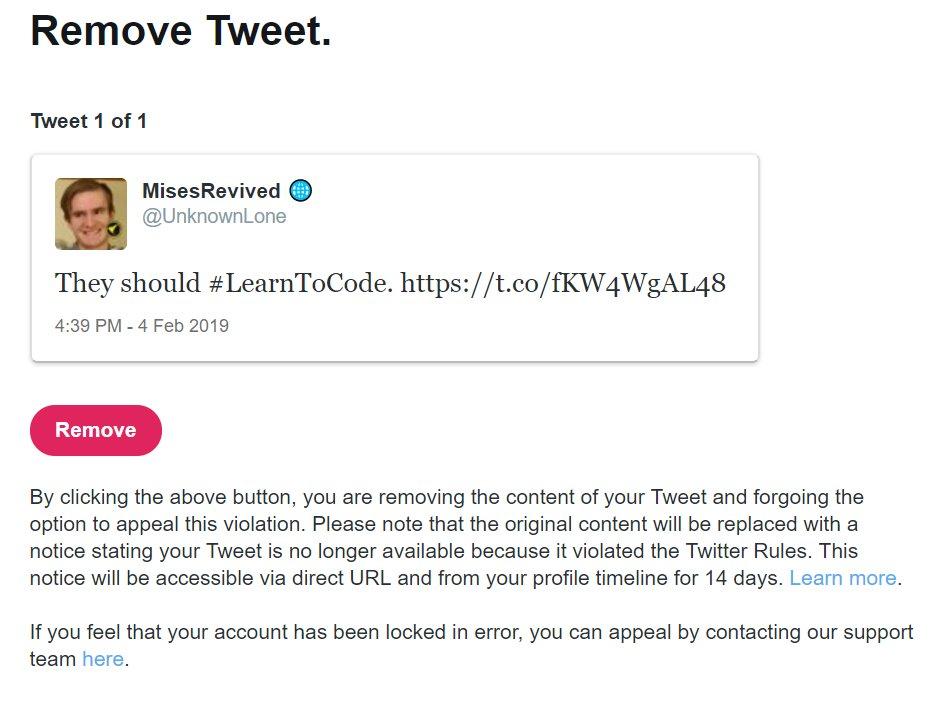 So, to be clear, he simply tweeted the link to an article, with nothing directed at anyone. Test the link for yourself.

The article in the tweet I retweeted was by the Hollywood Reporter and talked about how Vice was reorganizing and laying off 10% of its staff. The picture I sent earlier shows what I commented in the retweet.

That means this tweet for MY ARTICLE could ostensibly get me banned. A helluva “anti harassment campaign”.

That brings me to the next case, @GingerMorticia. She simply said the words, directed at nobody and no link. Here’s proof. 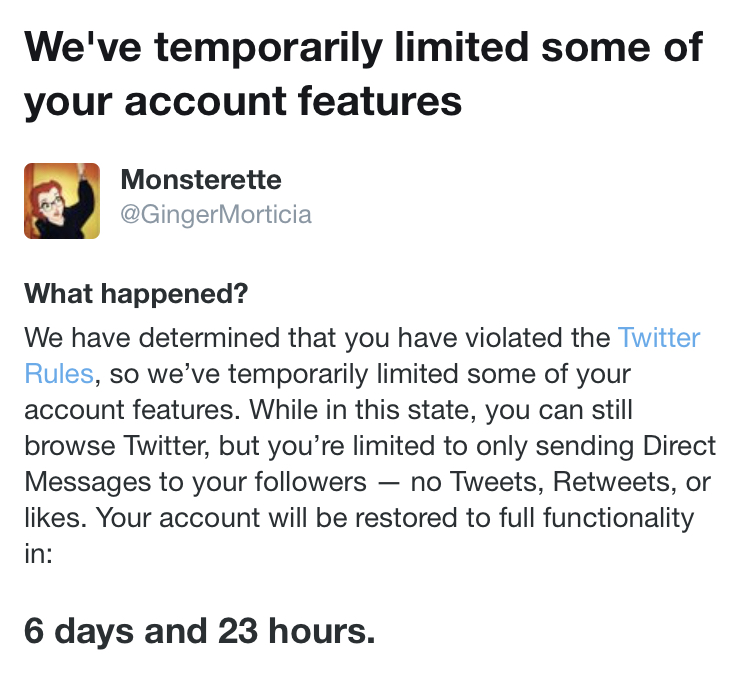 On to the next case, which is a little more absurd. I was informed of this case by a follower, and it’s layered. @Brad_Glasgow appears to have been suspended for discussing someone else’s suspension. No ill will… just uttering forbidden words. Here is the screenshot: 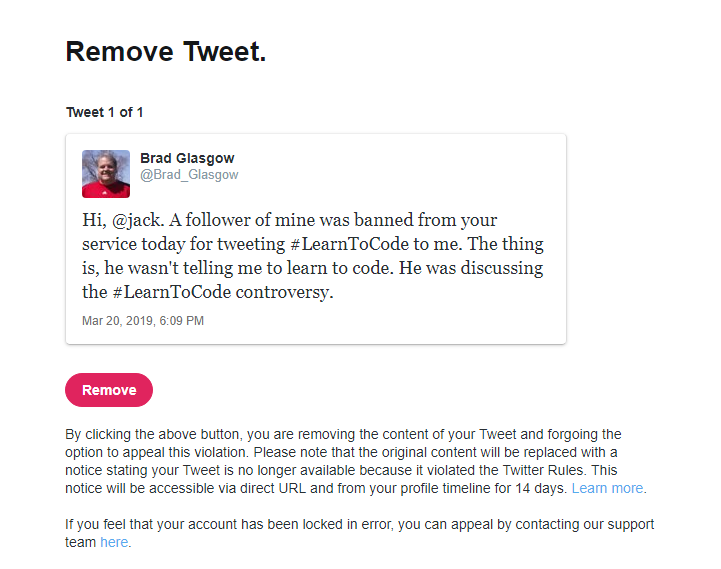 So I reached out for further comment,to get talking with the original banned one. This was that exchange.

Hey – I’m writing a series on this subject, and releasing an entry today. Mind telling me who that follower is, so I could get their statement about their tweet to you?

Also wouldn’t mind further info on the sitch in the linked tweet.

So the guy got back to me in nearly no time in my DMs. Goes by @JDenslinger, and this was his “offense”: 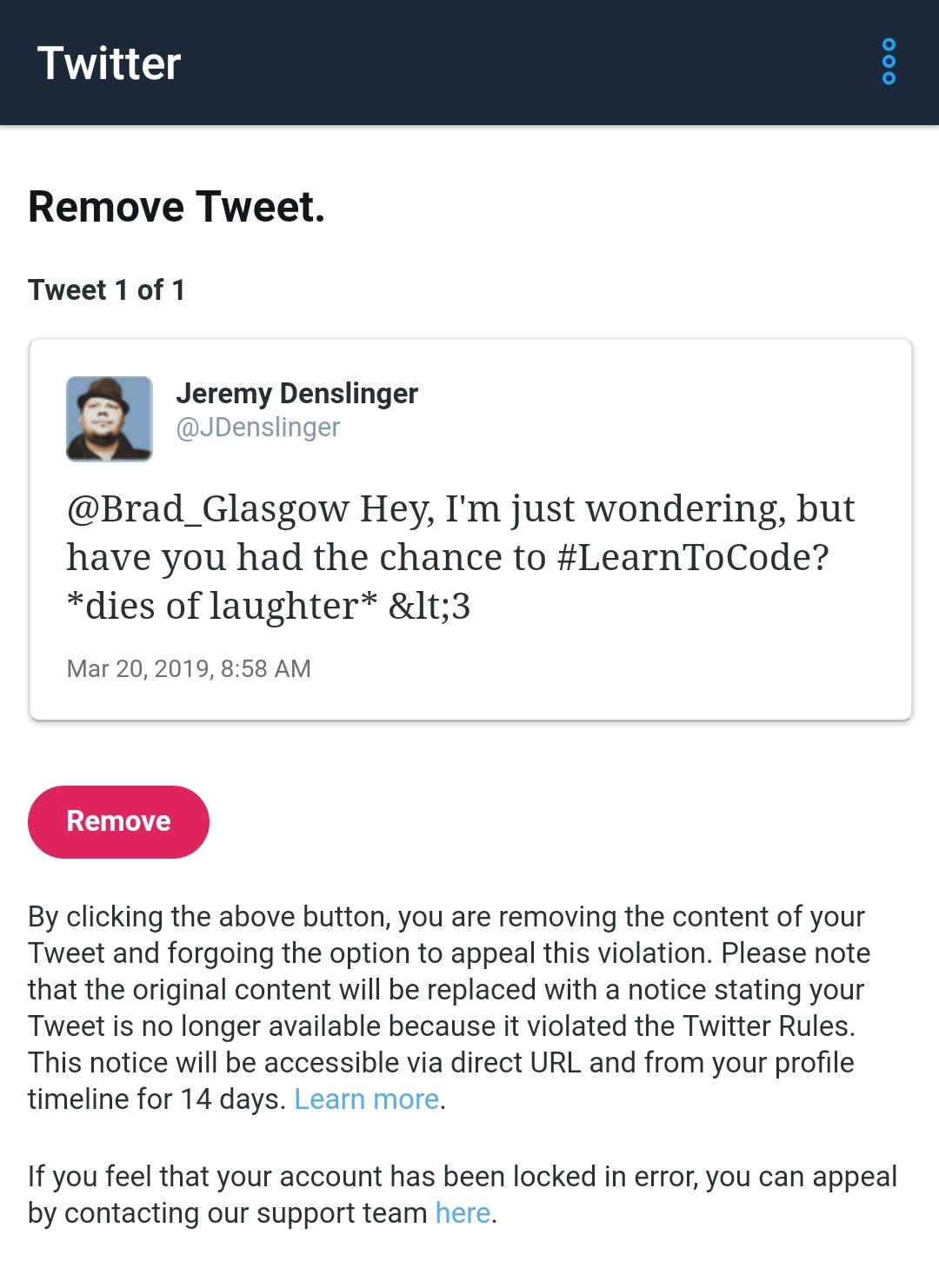 He also wanted to clarify:

I’m not alt-right (apparently, that’s an association with that hashtag) – if anything I’m a pissed off constitutional moderate with a wing to the left and a wing to the right.

So this all seems pretty definitive to me. Either it’s manually done by a truly petty person, drunk on their limited power – a petty tyrant, one could say – or there is an algorithm set up.

Like I said last time, assuming the authenticity of the shots, saying you want to learn to code is enough – even saying that to someone who doesn’t feel harassed. It also appears literally all contexts are fair game.

Have you had a similar experience? Click here to email me. Have screenshots of the “offending” tweets ready. The more examples I can get, the heavier this series becomes as a hammer you can smash Twitter execs with until this is changed.