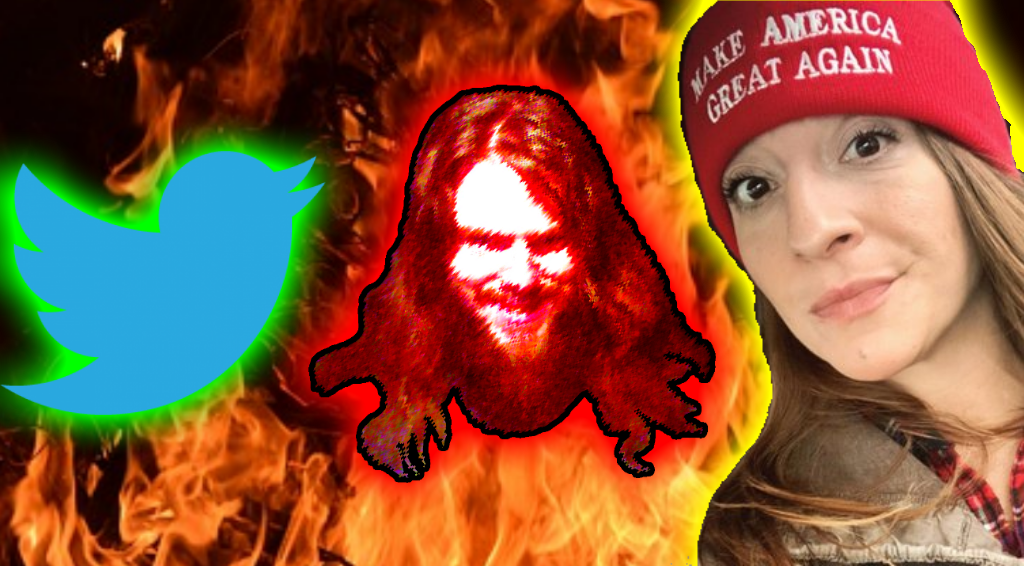 I plan to use this site for many things, but a thing it seems to be being very useful for is covering apparent politically-driven censorship. So today, a story just fell in my lap when someone in a thread I was in got banned today. I have two pieces I’m putting out tomorrow, but today, here’s an interview with someone banned today right after criticizing the US government. Meet Alisia.

So I understand you were banned from Twitter today – how long were you on?

“Yes, my account was suspended today but it wasn’t the first time. The account banned today has only been active since January of this year, but about 6 months ago a different account was banned with no explanation. It was active for almost 3 years. I was able to get around the first suspension and finally make a new account once I purchased a new phone last month but the new account didn’t last long.”

Do you have any details on why the first account was suspended?

“No. They never gave me any explanation and wouldn’t respond to my appeal. I just woke up one day and the account was gone. I assumed it was because I had posted a meme right before bed that just happened to get tons of retweets. The meme itself wasn’t offensive, but it brought attention to the account and the information posted there.” 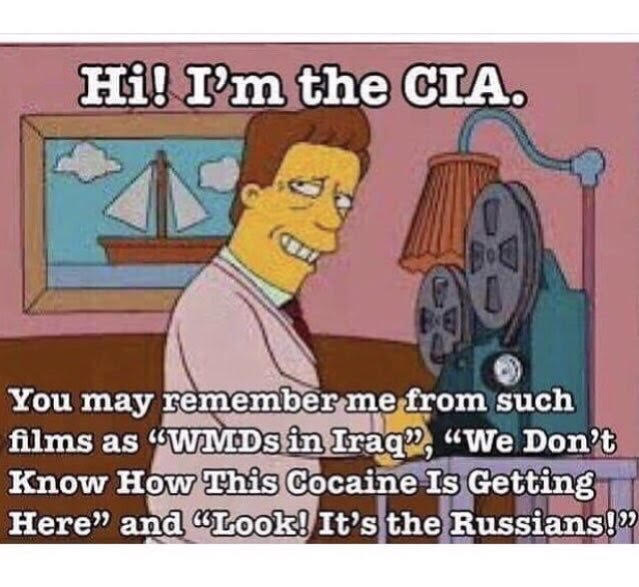 Wow, so they may have banned you for that, but you’re not sure… If this is the last thing you posted, it’s making the reason you were likely banned today credible. What did you write today, immediately before the ban? I was in the thread, but you got banned before I could read it.

She then sent me this, in this order. 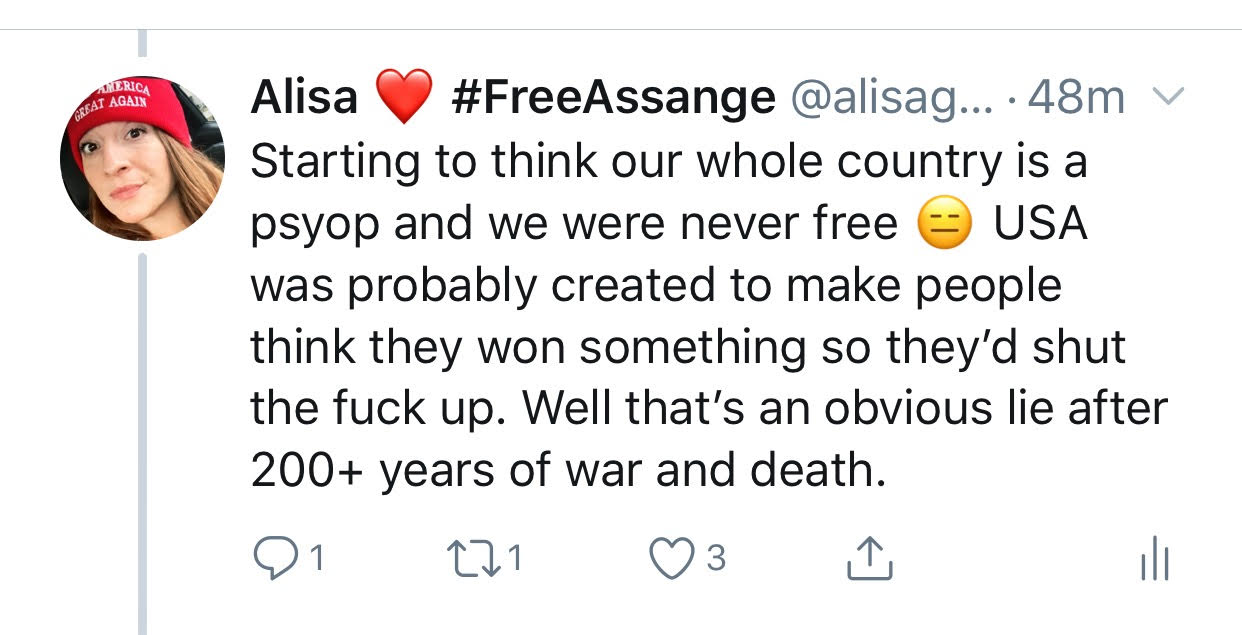 Also this was posted at the same time… 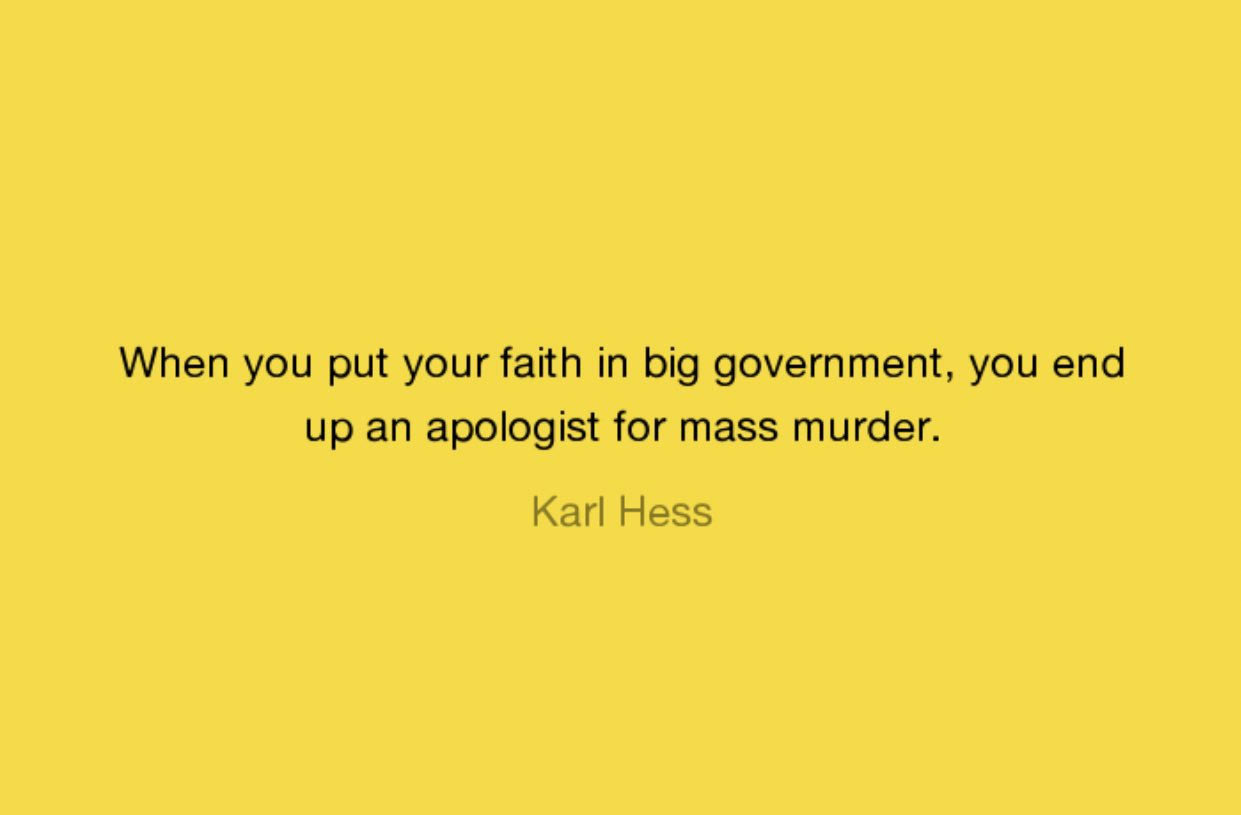 Alright, interesting. So you say you’ve had this account from a new phone for about a month now, is that correct?

Gotcha – so for some background, have you ever had an account lock or a soft-suspension before, on either account? If so, what was the context?

“The first account that was banned had also been soft-suspended before. I don’t recall each instance but before the permanent suspension I was banned 7 days for telling Hillary Clinton ‘I wish someone would drone you like you wanted to drone Assange.’ So I’m assume they claim

I was being violent. My most recent account was never soft-suspended but I was often required to prove I wasn’t a robot.”

Okay, thanks. So I’m assuming you’re planning to appeal?

“I did appeal. No answer yet, but I never received an answer the last time so I’m not hopeful…”

Alright, well I’ll keep people apprised if you send any updates. Where can people still find you?

Thank you for the interview. I’ll be tweeting this article – in 280 characters or less, what do you have to say to the Twitter Staff about this recent suspension?

Just that I hope they know they will go down in history as traitors against Citizens of the world. They have done nothing but aid war-criminals and help silence dissent. The fact that they silence anyone who speaks truth about that, proves they are guilty. And Free Assange.

Definitely. Thanks for your time.

So that’s the interview. I’m mostly posting it here so the information is out there, but my opinions are mixed. Did she get suspended for what she said today? Maybe. Did she get suspended for something she isn’t telling me about? Also maybe. Is this a simple case of a ban-evasion ban? Possibly, but if she’s being honest? Doubtful… new phone, new email, and new account, would be hard to trace. Not to mention that the Twitter account she tried to start on a completely new device today has already been soft-suspended, which is typically a precursor to banning if the account is new, and there doesn’t seem to be a clear way to link the two except profile pictures. This is what she tweeted… 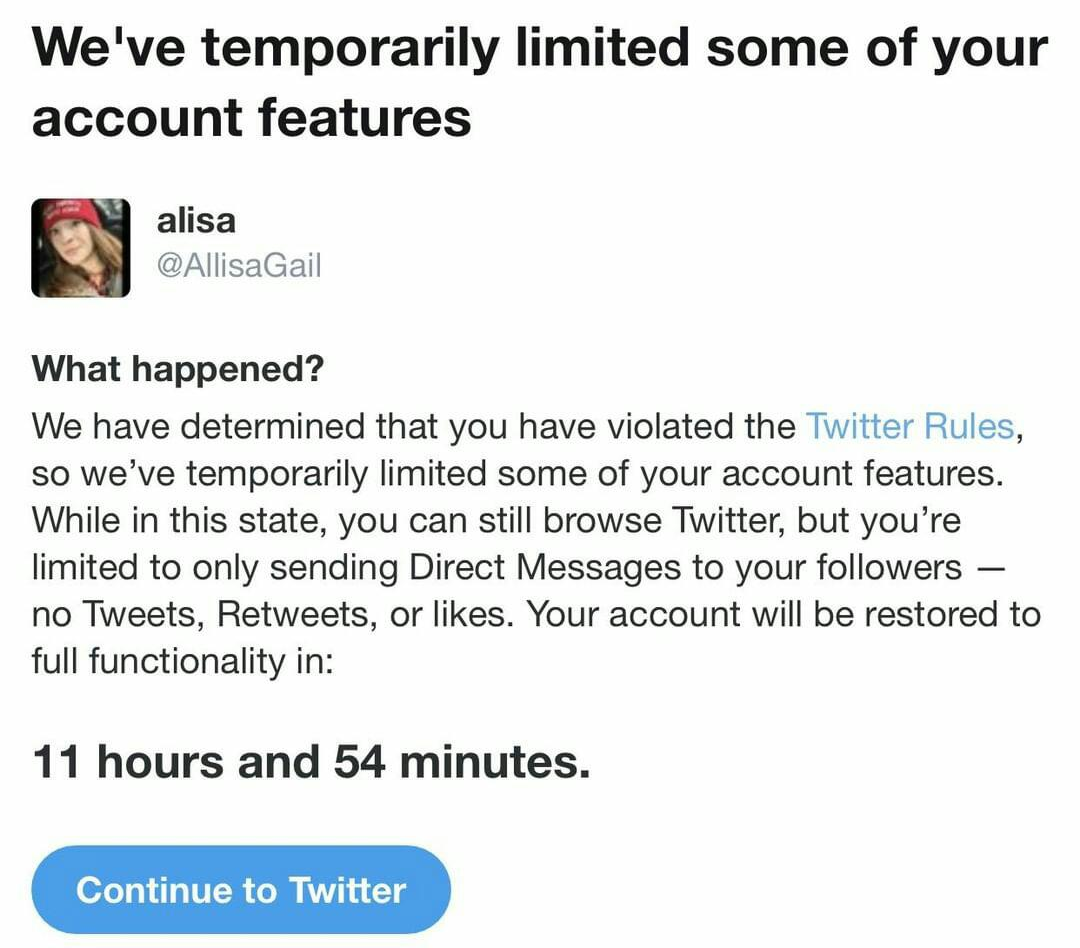 … So it seems at the very least her account is being very closely watched. Whether by Twitter or some wannabe employee, she can’t seem to get a word in edgewise here.

And before someone accuses me of “caping for MAGA” again, I’ll cover anyone who may have been unjustly suspended from social media. We live in dystopian times, and this shit hits everyone. If you know anyone of any political or philosophical persuasion, who was likely suspended for suspicious reasons, or has evidence the state or corporations fucked with them somehow, tell them to hit me up for an interview. I’m not a presstitute, so I might say no if the case doesn’t look strong enough, but this seems potentially solid… it seems as though she was censored for criticizing the nature of the state, and that is right up my alley – an alley I plan to patrol as often as possible, until it’s free of evil. So – you know… forever. Gonna need a lot of rent money to d that tho.

Anyway, liked this? I hope so. I took hours to make sure I got this right, however, and as of writing this, my site has not generated an income yet. If you want to help change that, please consider donating on Venmo or PayPal. And if you really appreciated it, and want to help me make more of these more regularly, consider supporting me on BitBacker, SubscribeStar, or Patreon, by clicking the following images. Without your support, I can’t eat, much less make content.

If there’s a way you want to support me that I don’t list as of yet, let me know, and I’ll likely be more than happy to accomodate. But thank you so much if decide to. I want this to be my job, and you could bring me one step closer. Also, consider subbing to my newsletter for a weekly update as to happenings.