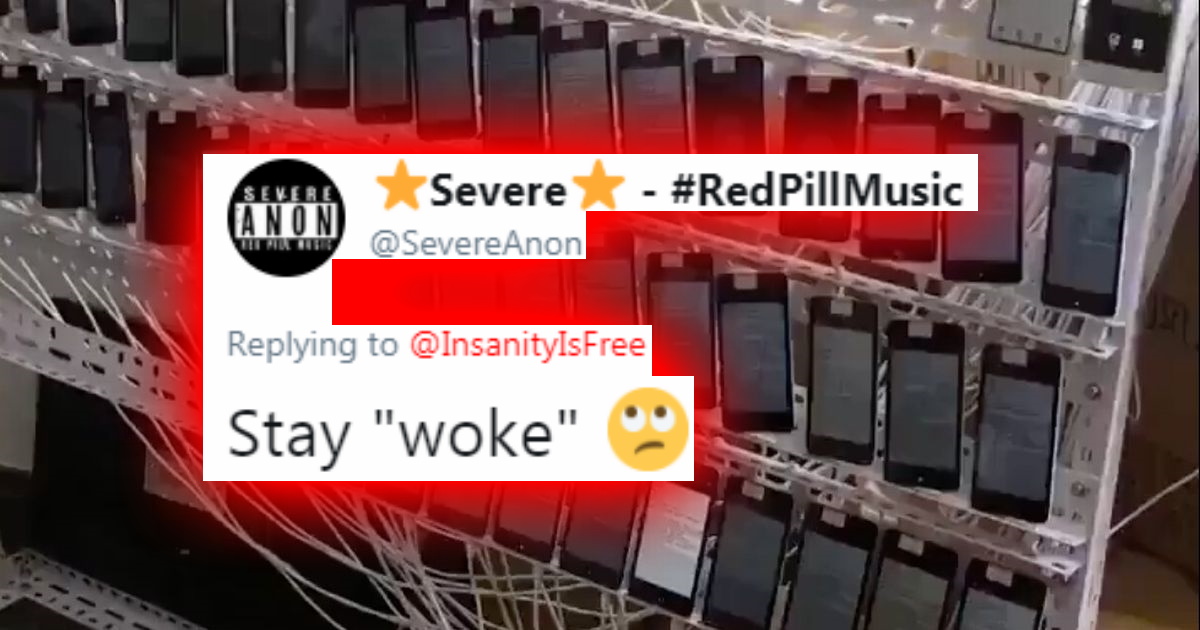 It’s been ten days – TEN DAYS since this lie has been up. A Democrat click farm is a compelling notion to people constantly called bots, but in this case, as of writing this post, 2K+ of them might as fucking well be. Because They liked and RT’d a lie, either knowing it was a lie, or being too droolingly mindless to look into it before sharing.

Much like my “Kids Meet Convicted Pedophiles” debunk, this lie was spread far and wide, and nobody who did it seems to give a shit, save the one guy I was responding to, who deleted his post.

I wasn’t even gonna make a piece on this though. I already responded:

But then someone RT’d it, and wouldn’t you know? This dipshit has the gall to accuse everyone correcting his dumbass of being a troll. What’s more, he doubled down, baselessly accusing Bezos of running the farm, so he could draw an unsourced link to the Washington Post being nothing but Dem talking points.

I don’t like most Democrats. But if you aren’t gonna tell the truth, don’t speak. Good general rule. And what’s worse? There actually is a network of liberal bots – it’s called ShareBlue. I don’t agree with Peter Coffin on everything, especially not his points about Gamergate in this video. But he hits Shareblue hard, exposing a network of Democrat bots run using automation software.

He hits the Democrat hypocrites and leftist talkingheads who have no problem being xenophobic and jingoistic about everything Russian, as long as it hits conservatives. He also proves that a few Dems had no problem running botnets to artificially boost interaction, and he didn’t do what this chucklefuck did – he didn’t lie.

There are plenty of lies on both sides, and I’m no fan of the Dems either. But if you want to be considered reliable, maybe don’t peddle literally anything conforming to your biases, regardless of whether or not it’s true. This guy didn’t have to lie, but he did. And now the murky waters of discourse are made ever muddier with the bullshit he spewed into them.

Just remember this the next time some GOPtard tells you the right are indefatigable truth warriors fighting the deep state because they suck whatever cock doesn’t lean left. Sometimes, a comforting lie gets thousands of shares, and the truth? Maybe one, a week later. And if you are a liar, I’m gonna keep your feet to the fire in my series, “Better Than Snopes”.

P.S.: Look at his Twitter. When you realize that he got more traction off this than many of his other Tweets, you’ll know why he’s keeping it up after getting pwned.