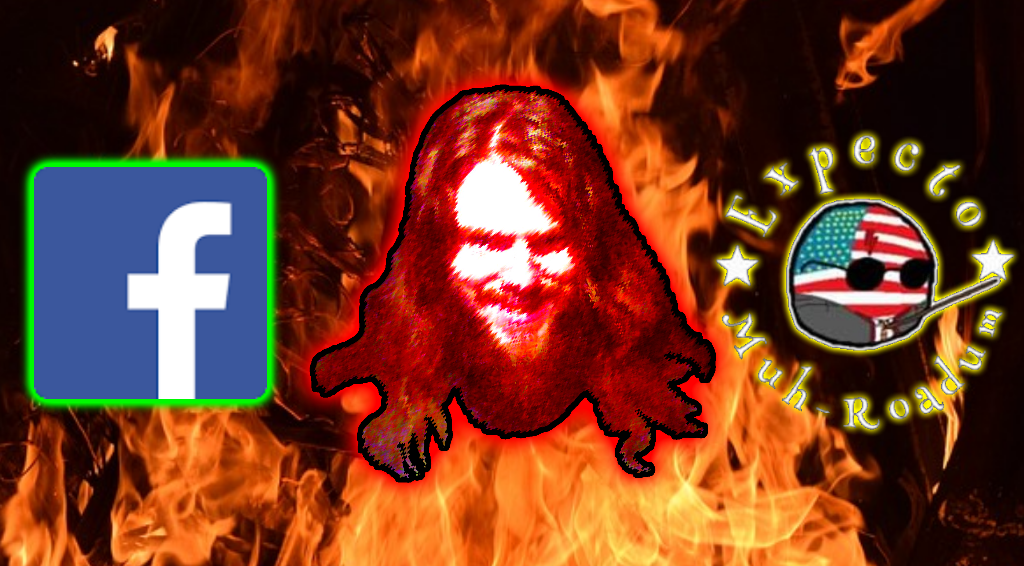 I was just alerted to yet another case of Facebook censorship right behind an article I wrote yesterday on an anti-censorship Patreon alternative, so I figured it’d be a good followup to that to discuss FB’s banning of the Geeky Libertarian page for literally zero violations of TOS. To bring you up to speed, they’ve been banned for days, and when they asked for a reason, this is what they were told. 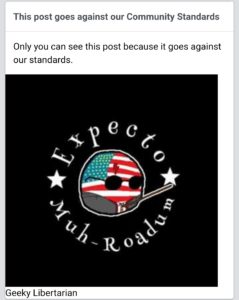 So… since this is obviously fucking bullshit, I asked for an email interview with the guy who ran the page. This is that.

So, for the record, can you give us a few sentences about what your page was for?

I formed Geeky Libertarian as a page to kill time at first. It evolved in to my outlet for libertarian ideals while combining my love for all things nerdy, or geeky in nature. I added some like minded people and it grew into over 13 thousand followers who loved what we shared daily.

Okay, so I have to ask – were any of those peoples’ pages taken down at the same time, or just yours?

None of them had any other pages they were involved in besides one, who is an admin for the MSLP state party page. He has received small bans for posts o. there but the page is still visible.

Gotcha. Sometimes, FB mass-bans a set of pages because an admin was on more than one. Alright, next question – was there any text in your image’s post, or was it just the image?

Just the standard “you posted something that violates community standards”. We were awaiting the results of an appeal after being unpublished without reason a couple days ago. This appears to be the only response we will be getting.

So the actual ban happened a couple days ago?

Yes , Monday morning I woke up to a locked page. I was only able to hit the appeal button, not have an explanation or be able to communicate with then about the issue

My last post before the ban was the dumbest thing ever. A picture of Tom Brady with his 5 rings and the caption saying Brady only needs 1 more ring to snap half the NFL out of existence. 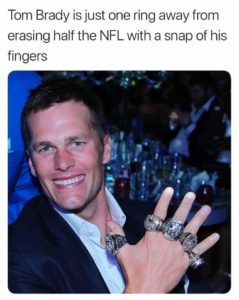 Yo that doesn’t violate standards either. Holy shit. Okay, so back to this one. They simply said it’s “violating standards”? Did any other admin get a different message? If this is all anyone got, that’s an ironclad case against Facebook.

They all received the same one and were either banned for a day or had to log back in.

Alright, well I hope your appeal goes well. This is some bullshit, and people should know that the platforms they use don’t give a shit about their own terms. Facebook isn’t a social network – it’s an ad farm holding your content at its whim. Thanks for taking the time to explain this to me. I’m gonna blow this shit up now. Anything you want to say to my audience before this is published? And where can they find you still? Do you have a backup for your FB page yet?

Thank you so much for being concerned about this issue. I did not take it seriously at first until I saw all the Libertarian themed pages start to disappear. We got a lot of their followers in a short time but noticed once we hit 12k followers that no one was seeing our posts. This went on for the entire month of December where we got a fraction of the reach we usually had. I paid for a bunch of visibility over the past two weeks and then this happened

We have reformed under the banner of Geeky Politics on Facebook. We hope to rebuild the audience once our bans are served. You should be able to find us at @geekypolitics.
I am still on Twitter as well @geekylp.

So that’s what Facebook does. They don’t need a valid, terms-backed reason to ban you. They don’t like you? You’re gone. I’m gonna blast this on Facebook, and if you’re on Facebook, and care about their censorship, feel free to share this as far and wide as possible and tag as many people as you can. Has your page been unfairly censored? Contact me for an email interview as well! The more examples we get, the less room they have to lie. If you appreciate what I do, feel free to click one of the images below to help me do this until the elites feed me a lead salad. Be well out there 🙂