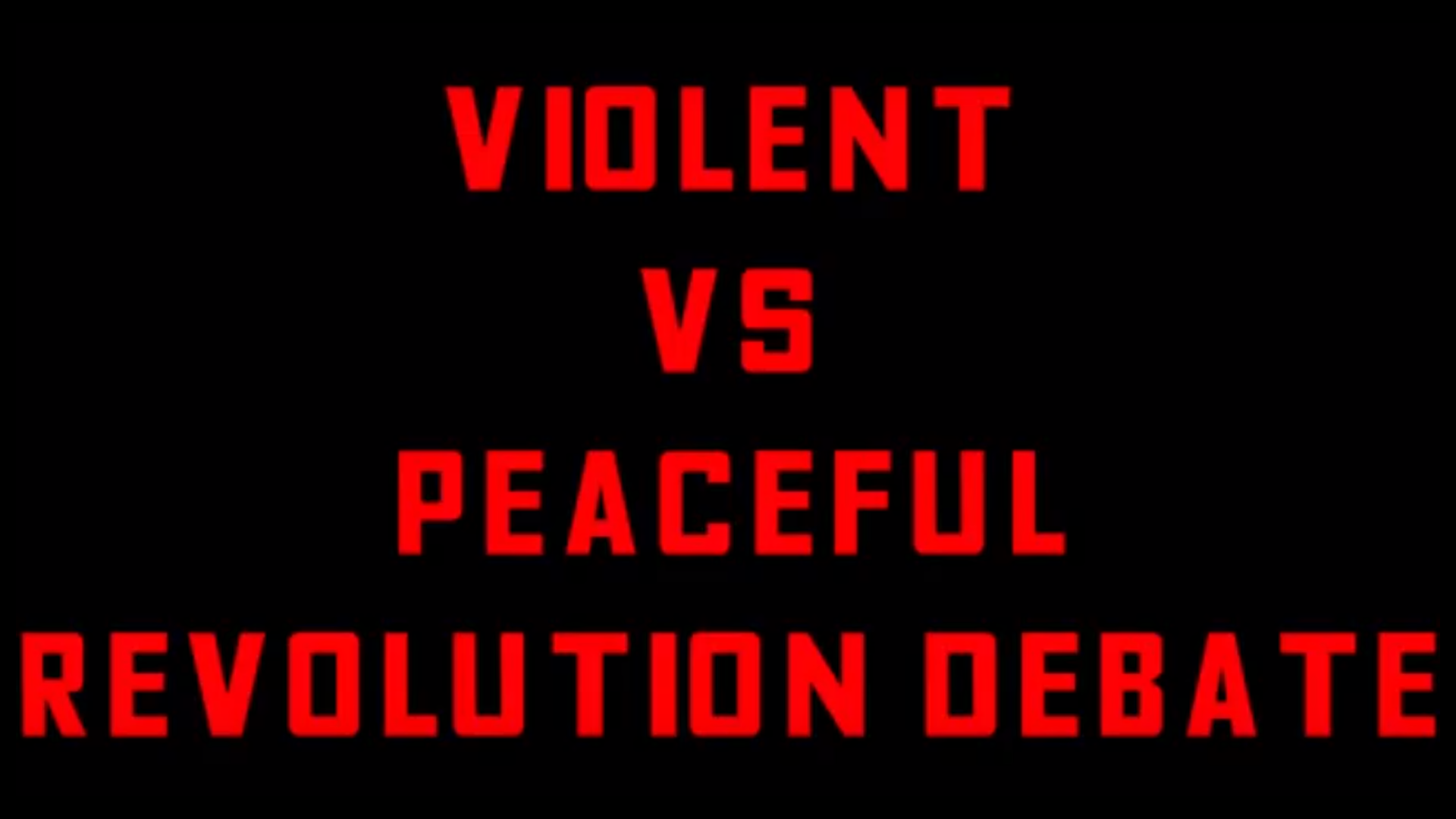 Someone challenged me to a boogaloo debate, so here I am, angry and ready to make you angry too. This is the opening statement from both myself and Kodi Ranting, and the rest can be found on the Dank Pod Stash YT where it was originally hosted.

Oh, and for your entertainment, and the preservation of the public record, I’ve included all three primary interactions related to this debate. There were hundreds more, but these were the most prominent. Scroll to the bottom if you want in 🙂

(PS, Derrick – now this is content – thanks for your contribution)

Before this “debate” proceeds, I want to make it clear that I don’t oppose pacifists, nor do I hold their stance against them, especially if they’re willing to aid the rebellion. An anarchist pacifist I know made a great point about this, saying that not everyone is gonna be on the frontlines in a truly organic rebellion, and some people will be seamstresses, not soldiers. I was already asked “if there is a way to do both or balance them together. Is there middle ground between the two or does it have to be one or the other?” Unequivocally, yes. There is no successful 100% violent revolution, and any good revolutionary must first safeguard their soul from being robbed by the fight – as V from V for Vendetta put it, a revolution without dancing is one not worth having.

But this is precisely the issue with many people opposed to violent revolution. They want a revolution entirely comprised of dancing – bedazzled by the spectacle of protests and social reform, they want to march their way to peace. In the face of any great historical tyranny, however, this approach is both weak-willed and impotent, as it allows naught for the evils of man, and what grotesque barbarity they will enact upon one another in the name of an external entity. Thus, their marches for peace are met with the marches of jackboots in the streets, and they are written in history books as bitter losers in the ever-forward churn of the state machine of oppression.

We still sing of “four dead in ohio”, and people are righteously furious, to this day. Who faced justice? Nobody. Many remember the massacre at Tianenmen Square, and as Skinny Puppy put it succinctly, “changing guns for brooms, the guards changed to cleanup crews”. The scene was mopped, and few images remain, and now? The lone man carrying groceries is long gone, and so are a laundry list of further Chinese freedoms, gone to the wind. Are the students and citizens of Hong Kong in the moral wrong for fighting back? They’re using violent means, so in the eyes of my opponent, they are. How about the Founders of the US, protesting abuses and usurpations with the force of arms? Are they villains in that right, concurrently? Or the black men, who bitterly clung to their weapons as a symbol of freedom – are they wrong? Should they not have resisted the state’s advancement upon them? Huey Newton once said “any unarmed people are slaves, or subject to slavery at any given point.” People like my opponent would likely side against that notion, as they only appreciate the sentiment of “don’t tread on me” if the snake is de-fanged.

As to the efficaciousness of violent revolution, many have burdened its advocates with proof they work. Many more have claimed that the disproportionality of force between the state and the people is too great – that we’ve already exhausted violence as an option, and peace is the only remaining front. Well to that I implore your eyes to the lessons learned in Vietnam, where insurgents successfully resisted a truly evil and murderous campaign of invasion, aggression, and largely unrivaled casualties by cunning, w it, and the dirty-fighting tactics of yore. Tactics such as the guerilla warfare proposed as far back as the days of Sun Tzu, and employed by the fighters in afghanistan to this day. I wonder how the US hasn’t “won” the war they claim is against terror – could it be that a small band of fighters can still be effective? Isn’t that why the CIA trained mujahideen to fight Russia instead of going directly to war? Isn’t that why the same CIA required a whole new branch of intelligence – that is counterintelligence – in order to destroy movements such as these?

The rote pacifists may be good at winning public support – but to what end? Seems there are more laws than ever, more cops than ever, and a global superstate that makes the ones suffered previously look libertarian by comparison. That’s why Huey also said “Sometimes if you want to get rid of the gun, you have to pick the gun up.” It’s why many racist politicians and tyrants of yore demand disarmament. I go by two axioms – that which scares people toward legislation is likely effective at opposing them, AND… if peaceful resistance would put a wrench in the gears of this ever advancing behemoth, it too would be illegal. The state will not go quietly, and the revolution will not be televised.

It’s amusing to me that violent self defense by an individual, for an individual, is normally seen as acceptable, while the state’s violence must be endured with a stiff back, war-hardened by the crack of the whip along long formed callouses. I argue that in the face of violence, violent self defense is not only acceptable, but necessary. Be warned against the civil disobedience pushed by people like my opponent, because it often leads to the sedentary, and when the boots are at your door, no amount of peace will keep you safe – as evidenced by all the civilians murdered both here and abroad, to no punishment of those officials responsible, and usually to someone’s profit. Violence may not be their bag, but if we’re to succeed, someone must carry the satchel. I cede my remaining time.